Whether you enjoy getting the bejeebers scared out of you or prefer to sit outside in the cool(er) air sipping your pumpkin spice latte, we’ve gathered a list of things to do in and around NOLA in October that is sure to keep you and your wedding guests busy. Be sure to bookmark this list for next year in case you can’t make them all.

Let’s get the scary stuff over with first…. It is almost Halloween after all!

With a history like the one we have in New Orleans, involving gypsies, voodoo, pirates, religion and alcohol, it is no surprise that we have quite a few famously haunted locations. A google search will offer up several companies that will gladly take you on one of their “spirited” tours through the French Quarter visiting homes, museums, bars, cemeteries and more. Today, I’d like to focus on the places themselves, but if you are interested in a tour there are many options available. Just make sure you are ready to be a little freaked out!

Lafitte’s Blacksmith Shop – This, now bar, was built in the 1720-1730s and was home to Jean Baptiste Dominica and Joly LaPorte. In the 1770s, two pirate brothers, Jean Lafitte and Pierre Lafitte (a blacksmith) are rumored to have used this building to conduct a, somewhat illegal, smuggling business. Jean Lafitte is also a hero of the Battle of New Orleans, having supplied General Jackson with the firepower to defeat the British.

The building itself, having survived two major French Quarter fires, is a New Orleans icon. It is one of the most photographed buildings in the city and is one of the only original glimpses we have into the historic French colonial influence on our local architecture. It is also, supposedly, the oldest building in the country currently being used as a bar… and one of the most haunted.

Patrons have reported seeing a lady’s image and the ghost of Jean Lafitte in an upstairs mirror. Invisible hands are known to tap unsuspecting customers on the shoulder. And, apparently, the lights like to turn themselves on and off.

The Old Absinthe House – Our pirate friend, Captain Jean Lafitte, certainly had a stronghold in New Orleans back in his day and, apparently, he continues to do so in death. It is at this location (now rebuilt) that, 200 years ago, Lafitte and Gen. Jackson are suggested to have first met to discuss their war time “trade.” In exchange for a pardon for he and his men, Lafitte agreed to supply Jackson’s soldiers with the gun powder, weapons and manpower needed to help win the Battle of New Orleans against the British army.

When Prohibition struck, The Absinthe House became a primary target of authorities. In order to avoid being shut down, the owners moved their absinthe operation to a warehouse down the way. When prohibition ended, business resumed at the original location, where it still remains today… ghosts included.

Supposedly, even today, Lafitte is rumored to throw parties at The Absinthe House… after hours of course. Employees will often arrive to open the bar in the morning only to find chairs, tables and bottles out of place. Unexplained whispers can sometimes be heard and the entire building will drop suddenly in temperature. Patrons have even reported seeing the ghost of Lafitte himself, pirate hat and all, along with General Jackson.

The Pharmacy Museum – The history of The Pharmacy Museum started in 1805 on Toulouse St. when a father, Jean Dufilho, and his son, Louis, opened and operated a pharmacy. A younger son, also named Louis, graduated from the College of Pharmacy in Paris in 1816 and, upon returning to New Orleans, opened another pharmacy with his brother on Chartres St. In 1823, the young graduate opened his own pharmacy… the current location of the museum. This young Louis became the first licensed Pharmacist in America.

After marrying and having seven children, only four of whom survived past childhood, the family home/business was sold to Dr. Dupas and his wife. Dr. Dupas, who died of syphilis in 1867, supposedly performed experiments on pregnant slaves and also practiced voodoo on the premises. It is Dr. Dupas’ ghost that is rumored to haunt the Pharmacy Museum.

Seen wearing a brown suit and matching hat, the ghost of Dr. Dupas likes to trigger the alarm system by throwing books and moving displays around.

Are you spooked enough? I think I am so let’s move on to more fun things!

Voodoo Music Festival – this is a multi-day festival held in New Orleans City Park. Musicians, artists and fans of both flock to the city on the last weekend of October every year, for the last 20 years, to celebrate music and party like only New Orleans knows how to do. Performances have included such greats as the Red Hot Chili Peppers, Rage Against the Machine, Pearl Jam and R.E.M.

Boo at the Zoo – For years, Audubon Zoo has provided a fun and safe environment for kids and parents alike to celebrate Halloween. Visitors are invited to wear their costumes while hitting up the multiple trick-or-treat houses, riding the ghost train and venturing into a haunted house or two.  Access to the zoo exhibits does end at 3pm on these days, so be sure to get there early if you would like to experience both ) the haunted and non-haunted (a.k.a. the animal) adventures!

Oktoberfest – If anyone knows how to party like the folks of New Orleans it is the Germans (I’m pretty sure we taught them how to do it to be honest.) So, what happens when the two cultures collide? Find out most weekends in October at Oktoberfest, where you will be transported to a different land whilst drinking German beer, eating bratswurst and dancing away to festive German music.

Scout Island Scream Park – this fantastic Fall event is focused on kids. They offer face painting, hay bale mazes, bouncy houses, pumpkin patches, hay wagons and more. Open on Harrison Ave., in Lakeview, from 11am -6pm on most days in October, this is a kid-friendly event that offers “light” scares for all ages. 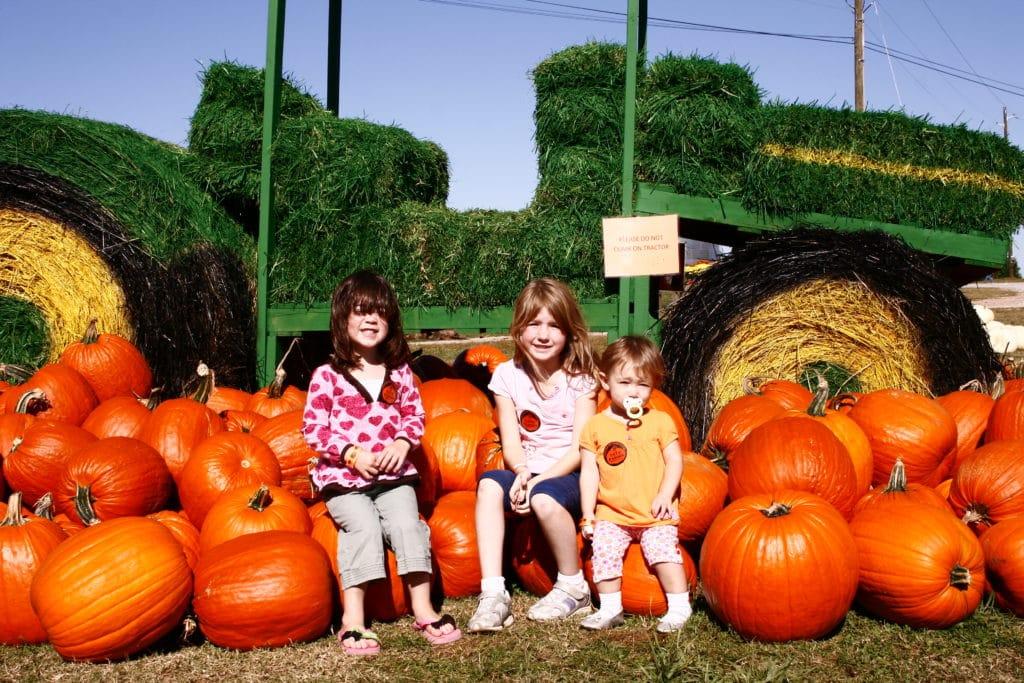 Pumpkin Patches and Corn Mazes – The joy of scrounging through and picking your very own pumpkin is a Fall tradition that I just love! We, honestly, never did this as kids but I take my kids every year. I love to see their faces light up as they try to find the biggest they can carry, the weirdest shaped one and/or the absolutely, perfect one. If you have children like mine, you might want to visit one or two or all of the following:

Which of these activities would you be brave enough to try? Tell us in the comments below or on our Facebook post!

Looking for more things to do around New Orleans for yourself and/or your wedding guests? Take a look at this post for year round ideas!