::AS SEEN IN THE FEBRUARY 2021 ISSUE OF NOW WEDDINGS MAGAZINE::

Kelly knew that Kyle would be proposing after a ring-shopping trip in December of 2018, but what she didn’t know was when he’d propose. That was fine with her though – she wanted to be surprised! Months went by and Kelly managed to forget about the ring shopping trip and instead got excited about a Rolling Stones concert she and Kyle had tickets for in July of 2019. “We had this trip planned since before we went ring shopping,” shares Kelly. “The concert was for July 27th.” Kelly’s dad was so excited for her to go to the concert, partly because it was one of his favorite bands but mostly because Kyle had approached him to ask permission to marry Kelly and had told her father that he’d been planning to propose the weekend of the concert!

“On July 19th my dad that I was so close to passed away suddenly,” shares Kelly. “I contemplated not going to the concert which was now just 1 week away. I had just lost one of the most important people in my life but I knew that he would have 100% wanted me to go. It was a hard decision but we went.”

The day after the concert, Kyle asked Kelly if she’d like to go to the Houston Botanic Garden before they headed home. She agreed and as they walked in Kelly noticed a giant red honeysuckle plant. “I looked at Kyle,” says Kelly “and said ‘Oh my gosh, my dad loved these plants.’ I instantly felt as though my dad was there with us.”

Kyle led Kelly to a beautiful waterfall where he got down on one knee and asked her to marry him. “It was the most special moment,” shares Kelly. Afterwards, Kyle told her about his conversation with her father. “Even though the timing with everything was off it worked out the way it was supposed too. Knowing my dad, he wouldn’t have wanted any of that to be postponed.” On the wedding day, Kelly walked down the aisle in the New Orleans Pharmacy Museum courtyard with a photograph of her father attached to her bouquet. “I am one of those girls that had been planning her own wedding since I was like 5 so I knew exactly what I wanted and that made the process much easier,” shares Kelly. “The planning process for me was so much fun. I did plan everything on my own.” Before the ceremony, the couple did a First Look on the Omni Royal Orleans’ rooftop observation deck. It was a beautiful, emotional moment for both: “When he turned around I could feel the tears in my eyes building up,” says Kelly. “He looked so good in his tux and all I could think about was I get to marry this great man in just a few short hours.” Kyle was initially speechless before saying “Wow, you look amazing.” After the ceremony, the wedding party traveled to The Pearl Room for the reception where the bride and groom enjoyed their first dance as husband and wife and noshed on cake from Gambino’s Bakery with their guests. Kelly’s cake was traditional wedding cake flavor and Kyle’s was chocolate, featuring two blue crabs in a net – in honor of Kyle’s fond memories of crabbing with his grandfather. Kelly advises newly engaged couples to “truly enjoy the whole wedding planning process with one another. Don’t let the small things stress you out. As long as you both show up on your big day is all that matters.” 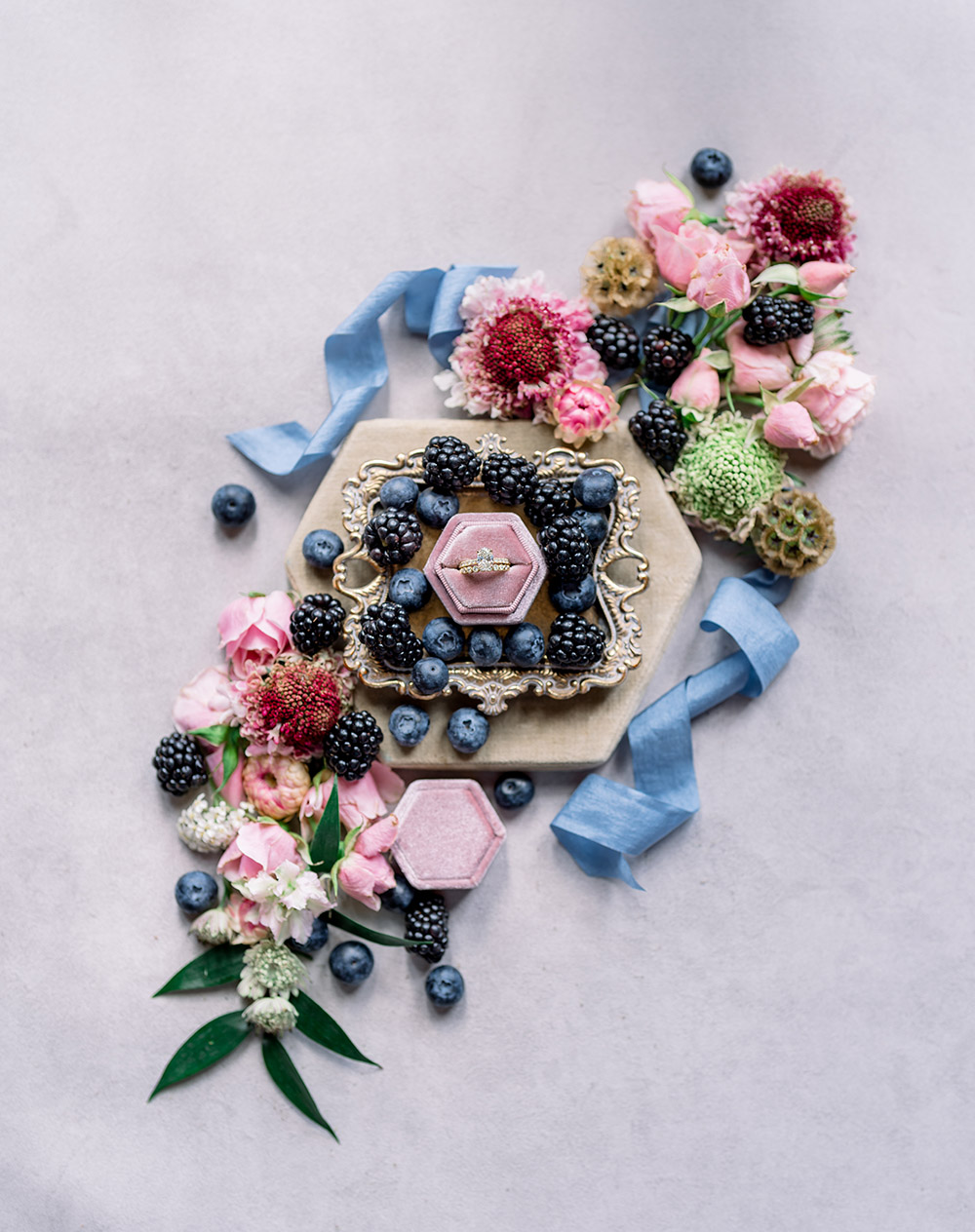 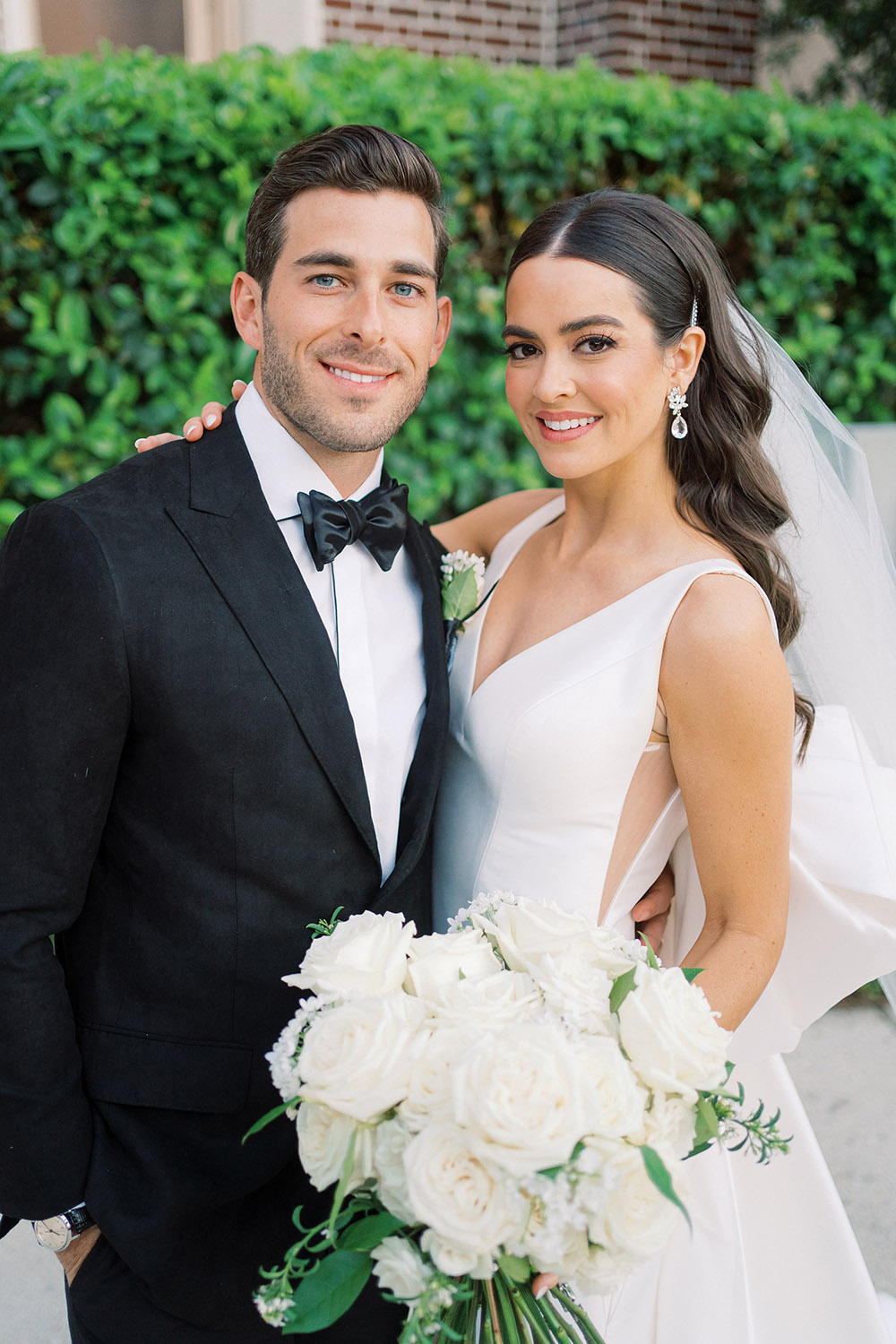 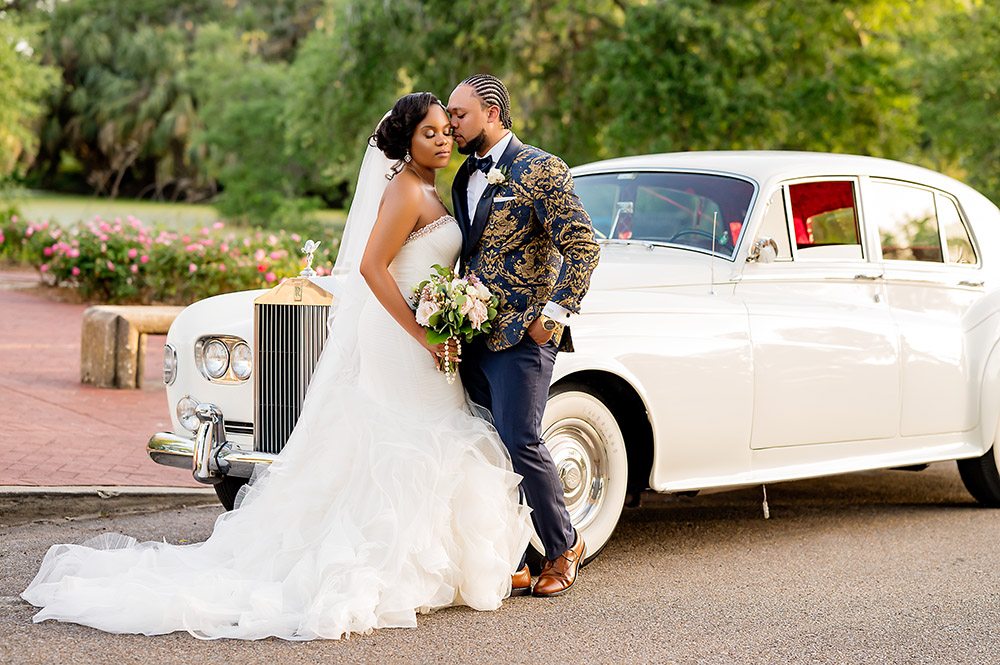