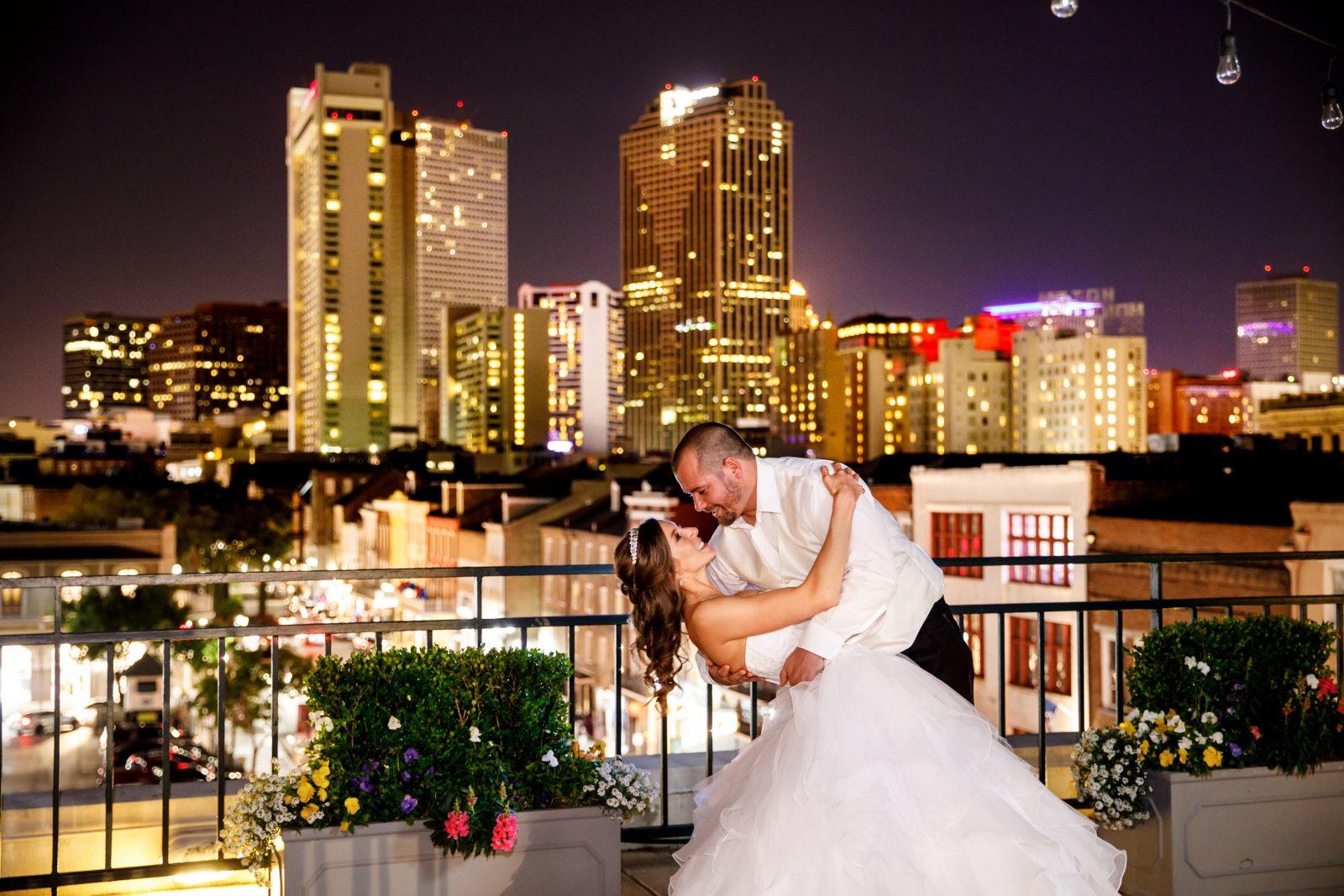 Robyn Bowers and Brent Holtz work and live in Dallas, but New Orleans was an important part of their courtship. Robyn, who grew up in Mississippi, spent holidays at her grandparents’ city home. Soon after she and Brent met at a work party in July 2015, she introduced the Illinois native to the city she calls a second home.

“Within hours of us being in the French Quarter, he was having a blast,” Robyn says. “He fell in love with the city and its culture.”

Over the next year and a half, there were a dozen more trips to Louisiana, two Great Danes, Dallas Stars season tickets, weekends boating, a co-ed volleyball team – but no talk of marriage. In fact, Robyn noticed Brent would change the subject when she brought it up. For Valentine’s Day 2017, he gave her a pair of diamond stud earrings, adding, “Sorry they are so small. I ordered them online and didn’t realize how expensive diamonds were. I thought they’d be bigger.”

“Of course, my immediate gut-wrenching thought was, ‘Oh my gosh. He doesn’t know how much diamonds cost. He hasn’t even been shopping for a ring yet,’” Robyn says. “Little did I know he had bought the ring months prior and was waiting for the following weekend to propose. The small diamonds comment was just to throw me off – and it worked!”

The proposal came in Victory Park outside American Airlines Center before a hockey game between the Dallas Stars and the Chicago Blackhawks. After, the pair went to a nearby bar, The Happiest Hour, where more than 20 of their closest friends waved and cheered from the second-floor balcony.

“I still get chills remembering how special and happy that moment was and realizing how much he had planned it,” Robyn says.

On March 31st, Robyn’s uncle, a pastor, married the pair at the rooftop Riverview Room in the French Quarter. When the ceremony ended, the “Harlem Shake” began playing. One guest awkwardly stood up and started dancing. A few beats later, the entire wedding party joined in.

“We wanted to end the ceremony with a surprise for our guests and kick start the reception,” Robyn says. “It went down perfectly and the looks on our guests’ faces were priceless.”

A sparkler send-off and a post-reception Second Line brought guests to Hotel Monteleone, where the party continued in the Carousel Bar.

“The entire day,” Robyn says, “was filled with smiles and happiness.”