It was all in the cards for Tifa and Justin.

After first meeting at a college party, Tifa and Justin found out that when it comes to love and each other nothing else matters.

Casually walking down the streets of Portland, Oregon, Justin’s proposal, just like his love for Tifa, was authentically pure.

“He just stopped in the middle of the sidewalk, pulled out the ring and asked right then and there,” Tifa says. “It was simple and perfect.”

Mixing their personalities into the wedding, the couple chose a heavy metal and tarot theme, Tifa even walking down the aisle to Nothing Else Matters by Metallica. “We wanted to show a little bit of our personalities while still staying classy,” Tifa says.

While the wedding was a little offbeat, there is no denying that love shared between Tifa and Justin that night. “The exchanging of vows, everything felt real in that moment,” Tifa says. “The nerves finally stopped and it was all so clear.”

See Tifa + Justin’s feature in our 2016 Fall+Winter Edition below and click on the gallery above to see additional images. 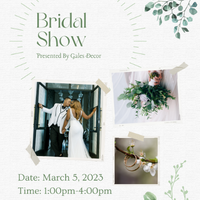