how they met + the proposals

Keri and Tina met for the first time at a Medieval reenactment in 2019, an event each had attended every summer, separately, for years. This fateful year, the two met and it was love at first sight for Tina. Keri had no clue that Tina was smitten with her, but over the next two weeks developed a friendship and bond with her. Tina eventually made the first move and the couple began dating about a month later and that’s when they knew that this was it. “We started talking about proposing, and by May [2020], we were officially engaged, in the midst of the COVID pandemic. Come to find out, we were both planning to propose in the same way!” shares Tina. Both planned to propose at the exact spot they had met the previous year, but when the pandemic forced the reenactment to cancel, they instead had two separate proposals and exchanged rings with strong sentiment attached. Tina gave Keri a ring she had custom-made by a family friend and jeweler; Keri gave Tina a ring that once belonged to her Nana. “It fit Tina perfectly, and if that isn’t a sign of fate, I don’t know what is!” shares Keri. The couple had a traditional Celtic handfast as as part of their ceremony. “Our handfasting ribbon had 4 colors. Red for fire, dark blue for water, light blue for air and green for earth.  Fire represents passion, and the heart of the home and earth represents balance, being grounded, and taking root in our lives together.  Water is a healing element, which also represents flowing around and through obstacles together.  Air is the breath, and life, and the love that we provide one another,” shares Keri Keri and Tina had just 3 guests join them in New Orleans for their 2021 elopement, but included 50 family members and friends via a livestream. “We chose NOLA because Tina had always wanted a destination wedding, but we were unable to travel to Ireland as we had originally planned,” shares Keri. “It’s a city that we’ve both always wanted to visit (I’m a French teacher and I love the history of the city!) so it was the perfect blend of what we needed. Tina and Keri celebrated their union with an intimate wedding dinner and wedding cake. 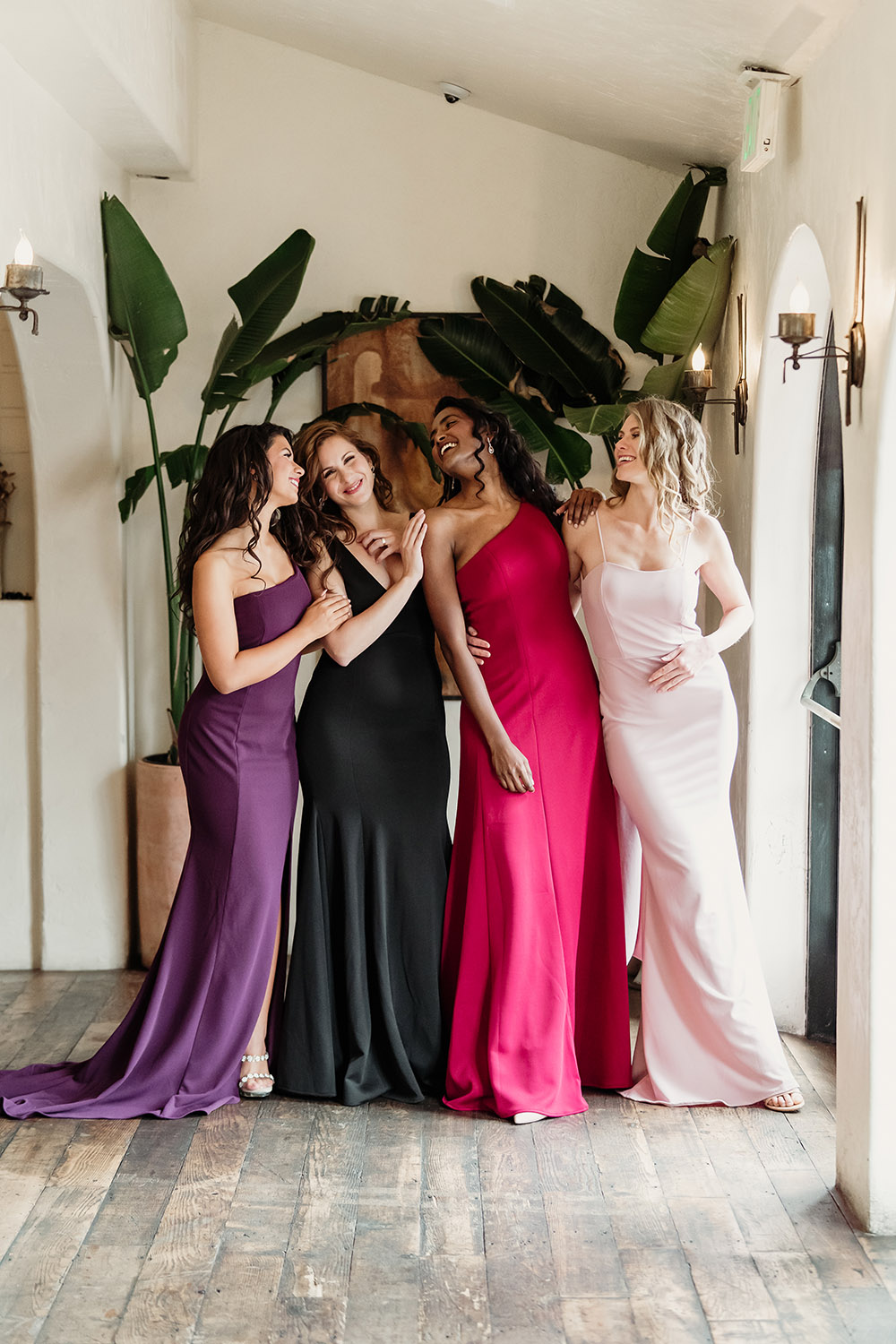 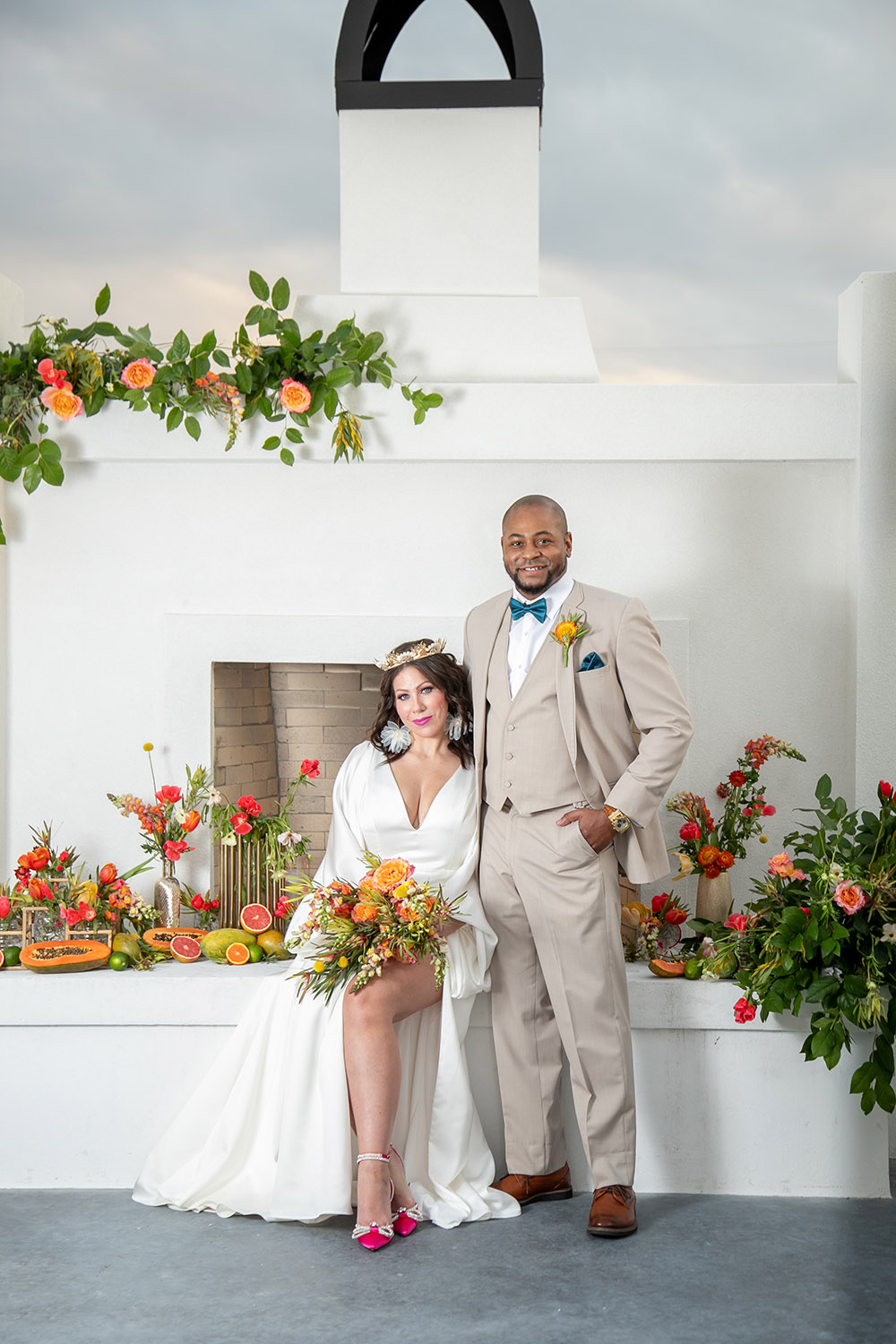 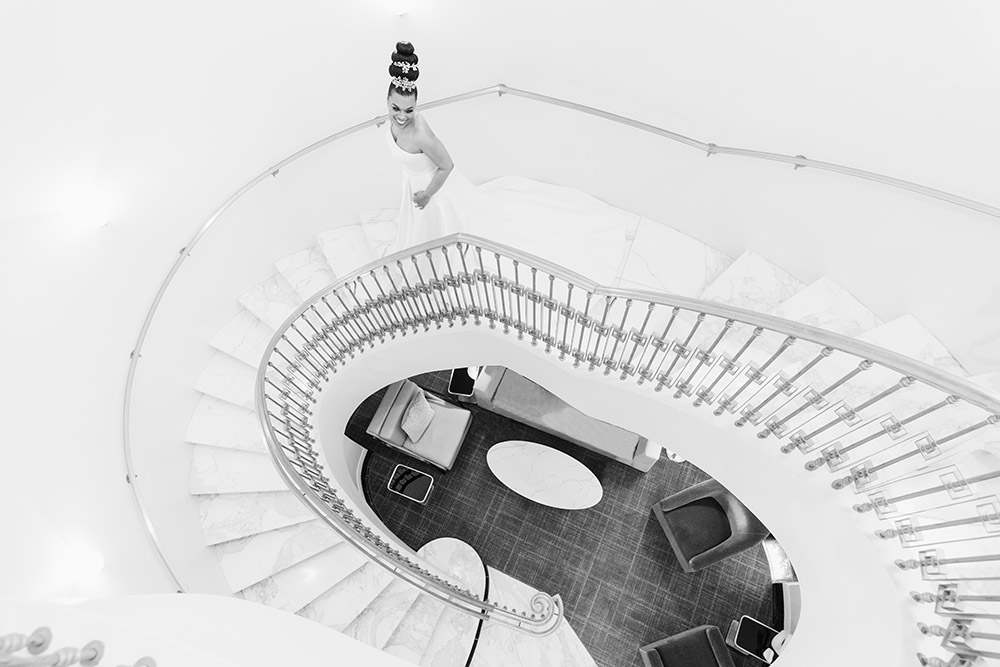