::AS SEEN IN THE NOVEMBER 2020 ISSUE OF NOW WEDDINGS MAGAZINE::

Grace and Corey began as Facebook friends but Corey saw the potential for more. “He says he would always see my posts and say ‘She could be my wife one day,’“ shares Grace. ”He reached out late 2019 and said ‘Lets build together.‘“

At first their relationship was long distance with Grace living in Miami and Corey in New Orleans.  “We spoke on the phone and fell in love way before we met physically,” she says. “We started traveling back and forth to see each other. One of my weekend trips I came to visit, corona virus hit and he asked me to stay, so I did.”

“I was so nervous about the proposal,” says Corey. “I wasn’t nervous about her response, but I wanted it to be perfect. I thought about proposing at Hot Tin on the rooftop. I thought about going to an expensive restaurant. Eventually, I decided I wanted our kids to be a part of this monumental experience so I conjured up family day at the park but I bought outfits for everyone because we were supposed to take a family photo. Once we got near the perfect tree full of moss, I sat Grace down on a huge branch that extended to the ground. I recited a poem I wrote and asked her to spend the rest of her life with me.”

Grace describes the proposal as “perfect”. “He recited a poem he wrote early on in our relationship and added some to it about spending the rest of our lives together…then he asked if I would be his wife.” The couple initially planned on waiting to get married on the beach in Grace’s hometown of Miami, but eventually decided to “pull the trigger” and set a September 5th date in New Orleans. “Time flew by but as we got closer we buckled down and made it happen,” says Grace.

The ambiance of English Turn called to them and the couple said their vows in a lakeside ceremony at sunset. After the ceremony, the couple and their guests celebrated in the English Turn ballroom enjoying music, food and a beautiful peacock themed wedding cake by Haydel’s Bakery. 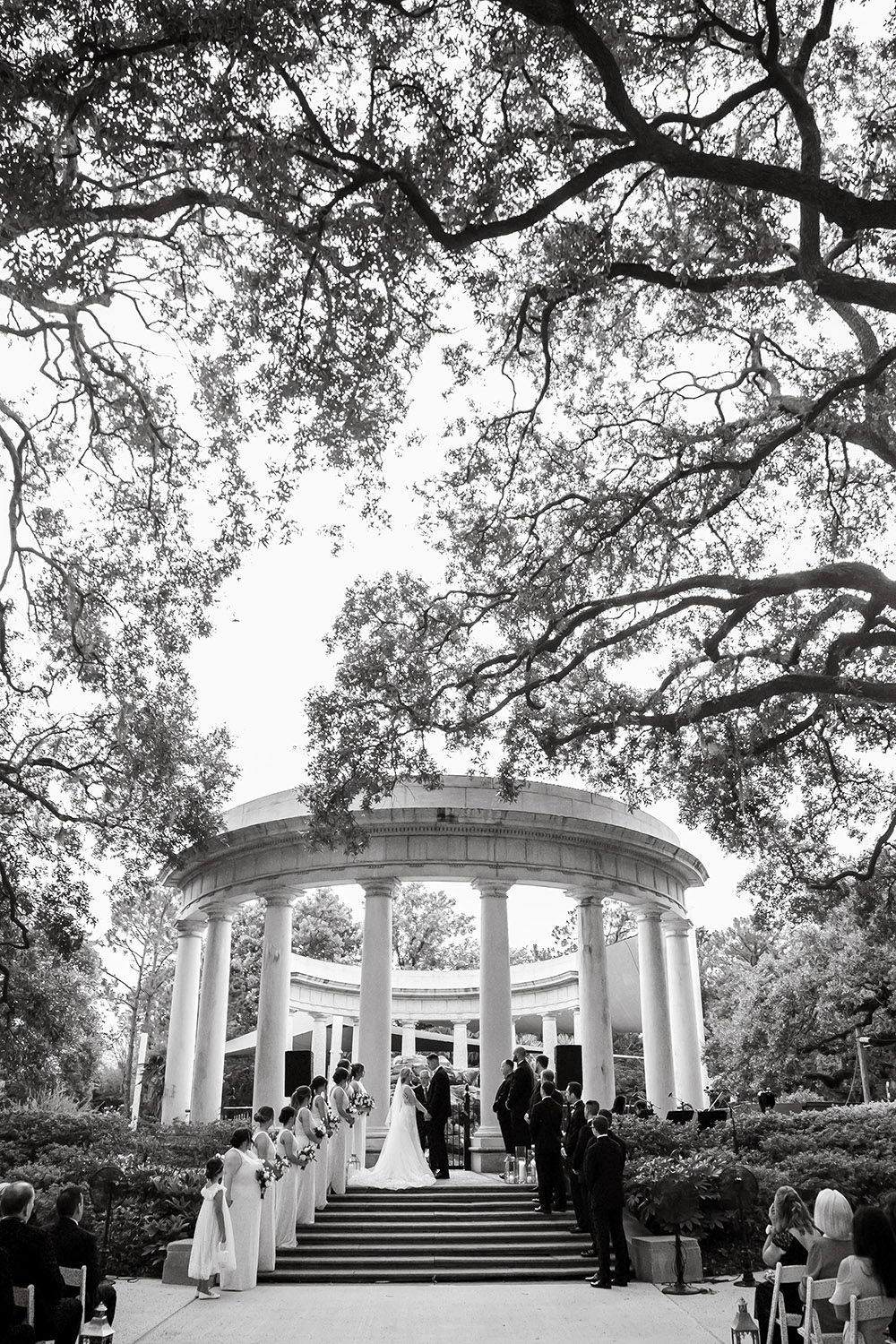 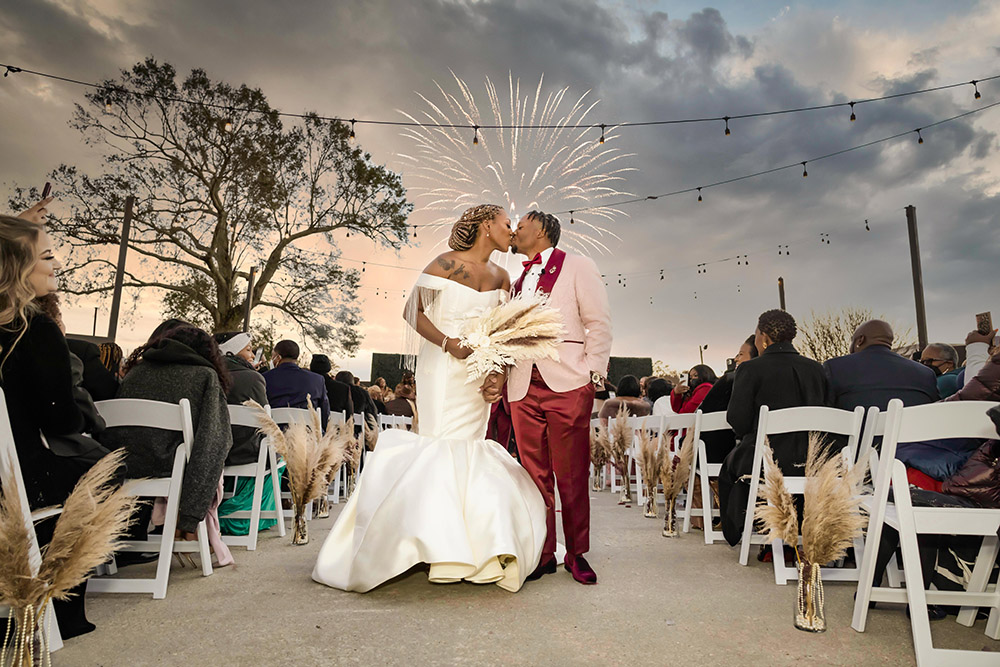 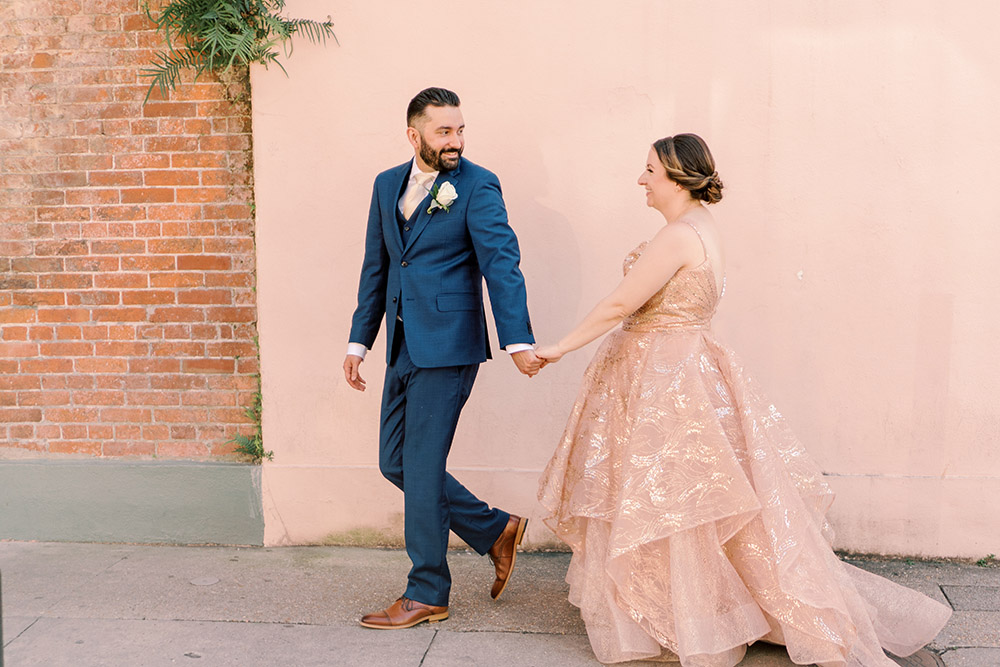