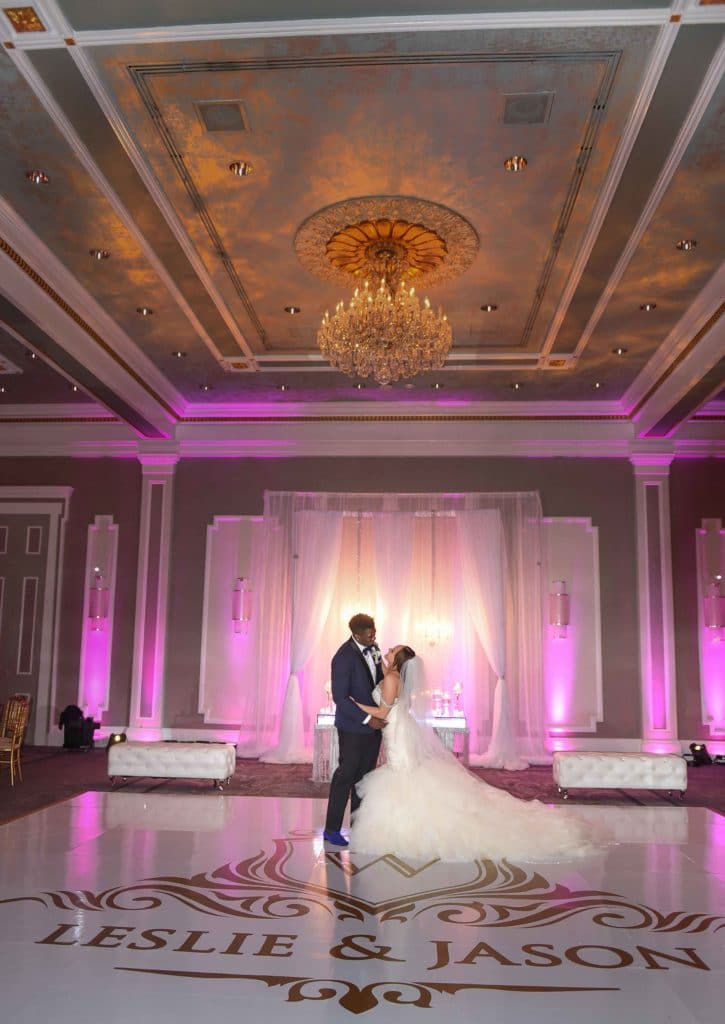 Leslie and Jason first met at The Velvet Room in downtown Dallas. Neither Leslie nor Jason were really looking for a relationship when Jason first made a move to get to know Leslie a little better. After finally getting her attention after repeatedly bumping in to her, Jason asked Leslie if he could buy her a drink. She declined, but he was determined to get her to join him at his table. After taking his number, she contacted him a few weeks later and that’s where their story really began.

Their road to forever took a detour when Jason moved to North Carolina to play professional football for the Panthers and Leslie relocated to Washington D.C. After about a year of being apart, Jason invited Leslie to attend a wedding with him and for the next 2 ½ years the two were inseparable. In 2014, they moved together to Tampa and as Jason played for the Buccaneers, their love blossomed.

On April 23rd, 2016 Jason asked Leslie to be his wife in front of hundreds of his Western Illinois alumni during a golfing event. Leslie, of course, said Yes!

The ceremony and reception were held in the Royal Sonesta Ballroom in a setting truly designed for royalty. The bride wanted a wedding with lots of sparkle and the candle infused ceremony, personalized aisle runner, purple back lighting and candelabras were a true fantasy come true. It was important to the couple to include the tradition of jumping the broom in the ceremony, and hope that their daughter will continue this tradition when she weds.

The newlyweds danced for the first time to Chrisette Michelle’s A Couple of Forevers. Personal touches such as a personalized wedding logo, paisley print on the wedding cake as a representation of the couple’s daughter Paisley and elements of roses and pearls on the cake, added to the magic of the day. After the bouquet and garter toss, the bride changed into her second gown of the evening and the Kinfolk Brass Band led the guests in a second line.

Nothing can stop love from love and Leslie and Jason are a couple of forevers that are sure to last a lifetime.