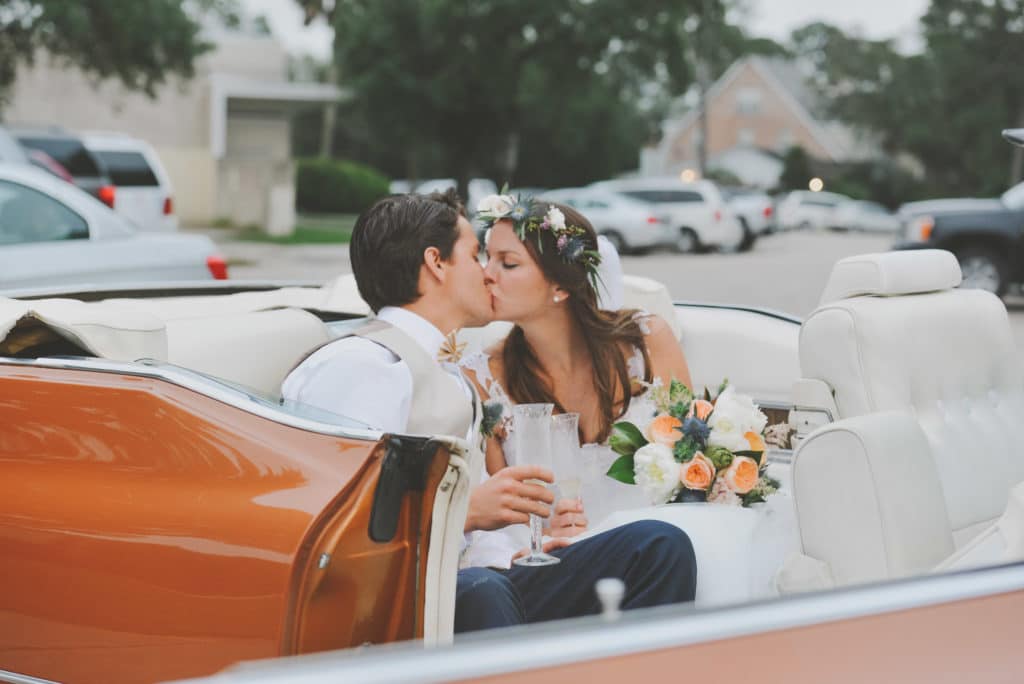 It started with a hello.

They both were at a mutual friend’s brithday party when Conor saw her sitting alone outside and went over to her to say hello. After some intitial conversation, Conor surprised her by asking to hold her hand as they walked back inside.

They haven’t been able to say goodbye to each other since.

As their love grew, Conor knew he was ready to make Kim his wife forever, especially with the news shortly before his planned proposal that Kim was pregnant with their twins. However, Kim new big changes were coming upon them and thought the timing was off, so she declined his offer. Nevertheless, Conor was persistent, and even with changes arising, his love for Kim never waned. So a few months later, while people watching on top of their favorite cliff by the water, Conor asked for a second time for Kim’s hand. This time, with the timing right, she didn’t hesitate to say yes.

The couple planned a beautiful wedding that was centered on their love for each other and their family and friends. Kim wore a special veil that her mother wore and added lace to represent both her parents on the day that they got married. Conor donned a Marine pin to represent his brother, Declan, who was originally supposed to be a groomsman but was recently deployed overseas.

What started with a hello, grew into a romance the neither Kim nor Conor expected, but no one could deny their love for each other.

“It was amazing to have our family and friends travel from all over the U.S. to celebrate with us,” Kim said. “We will never forget the love and support we received from each and everyone of them on our special night.”