“When Harry Met Sally” is one of Kaylan Guzman’s favorite movies, so when boyfriend Brad Schauer suggested they watch it on New Year’s Eve 2016, she readily agreed. 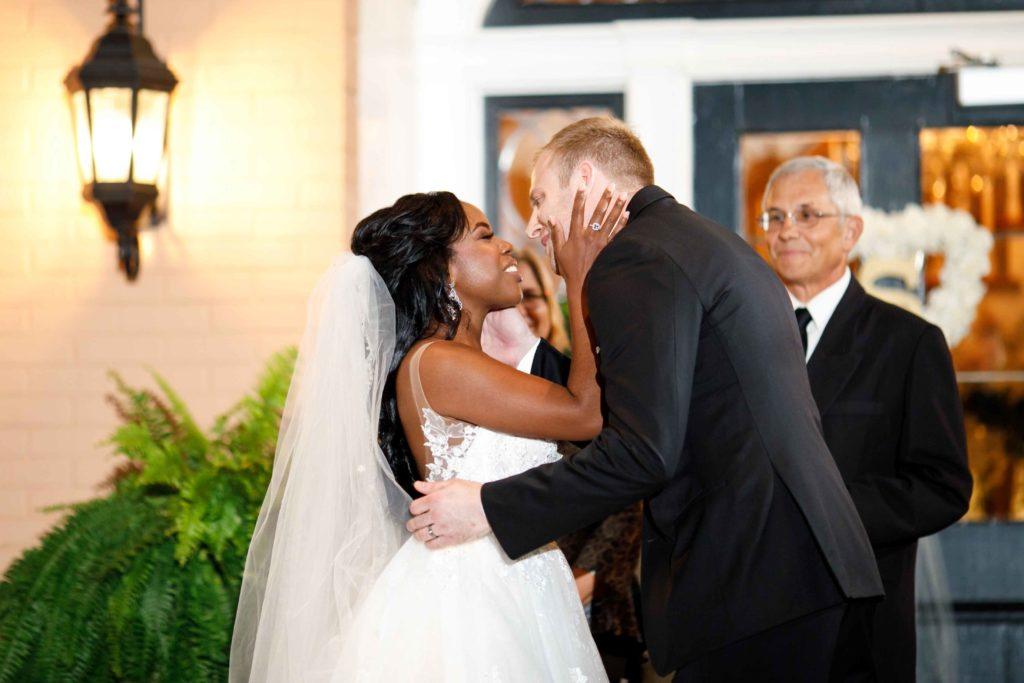 As the movie neared its end, she anxiously awaited her favorite scene – when Harry confesses his love for Sally. Instead, the film cut out and photos of Kaylan and Brad began drifting across the screen.

“There was no malfunction. Brad had inserted our own love story into the movie,” Kaylan says. “I was immediately overwhelmed with emotion.” 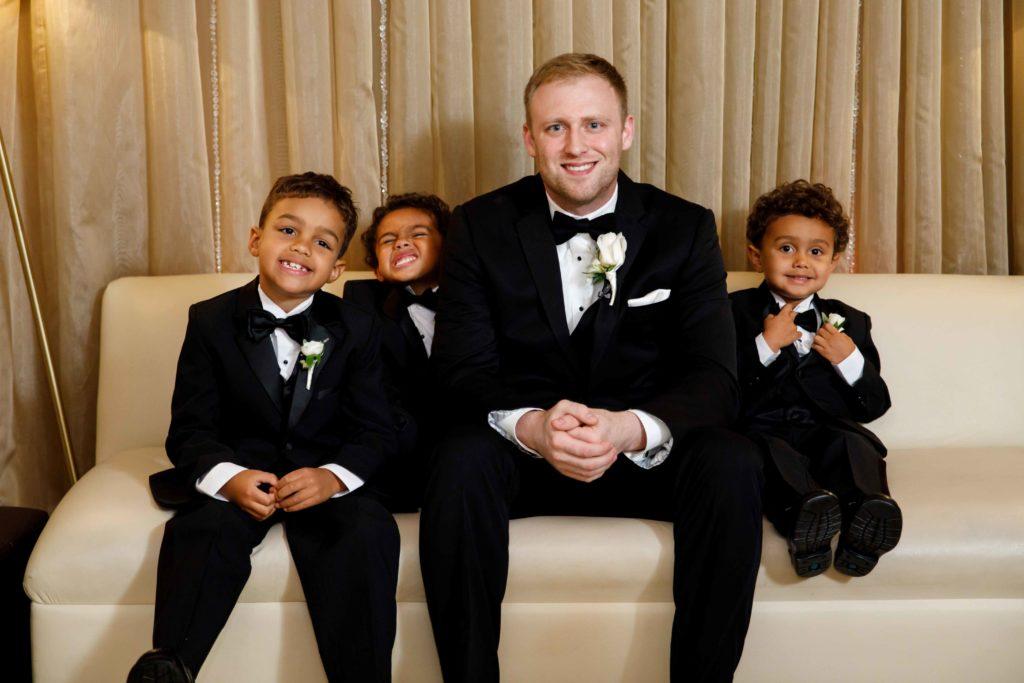 And then Harry and Sally were back and Harry was delivering his famous speech that concludes, “I love that you are the last person I want to talk to before I go to sleep at night. And it’s not because I’m lonely, and it’s not because it’s New Year’s Eve. I came here tonight because when you realize you want to spend the rest of your life with somebody, you want the rest of your life to start as soon as possible…”

Scrambled letters then danced across the screen to form a message from Brad: “How about now?”

“With tears rolling down my cheeks, I said, ‘Yes!’” Kaylan says. 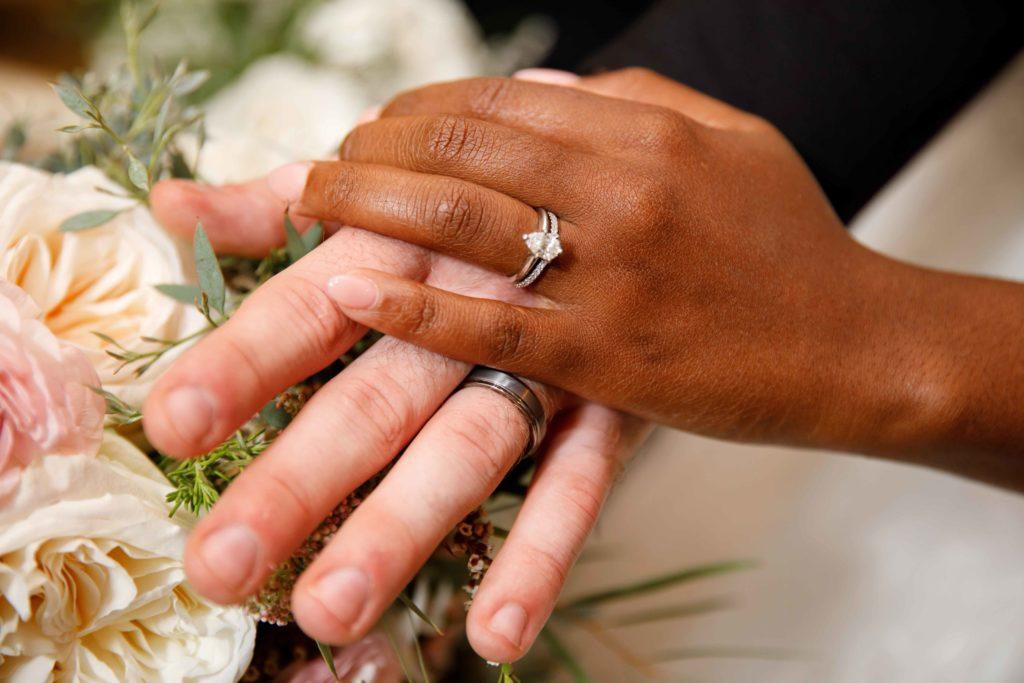 Forecasters said there was 100 percent chance of rain on October 22, 2017. Instead, the sky was clear as Kaylan and Brad exchanged vows before 135 guests on the front lawn of Southern Oaks Plantation.

Faith is an important part of the couple’s life – they met at church and belong to a Bible study group called “Three Strands” – so they incorporated the Biblical scripture from which the group derives its name into their ceremony:

“Though one may be overpowered, two can defend themselves. A cord of three strands is not easily broken (Ecclesesiastes 4:12).” After exchanging vows, Kaylan and Brad braided three cords to represent the strong relationship between themselves and God.

The night was magical, they say, made even more so with a surprise fireworks display and a mini-Mardi Gras parade complete with jazz band, two Carnival floats with riders tossing glow sticks and beads. 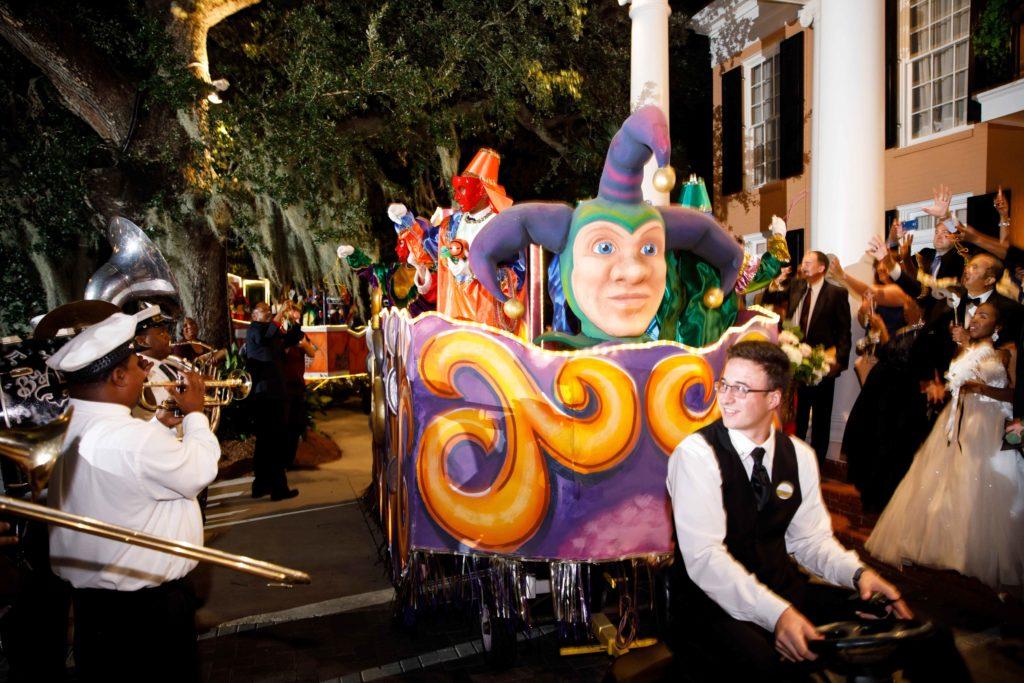 “We screamed and laughed and danced!” Brad says.

Brad’s last name is pronounced like “shower” and couple’s wedding hashtag was #SchaueredWithLove. It couldn’t have been more perfect, he says. 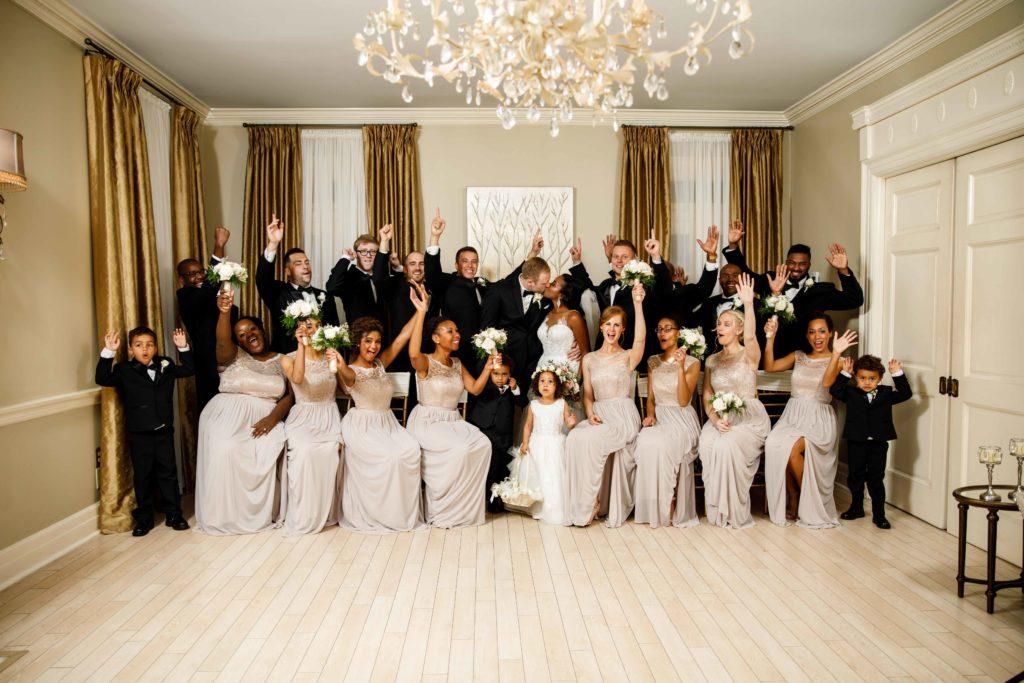 “During the course of our relationship and engagement, we felt very much ‘showered by love,’ by each other and by our family and friends,” he says. “It just seemed fitting.” 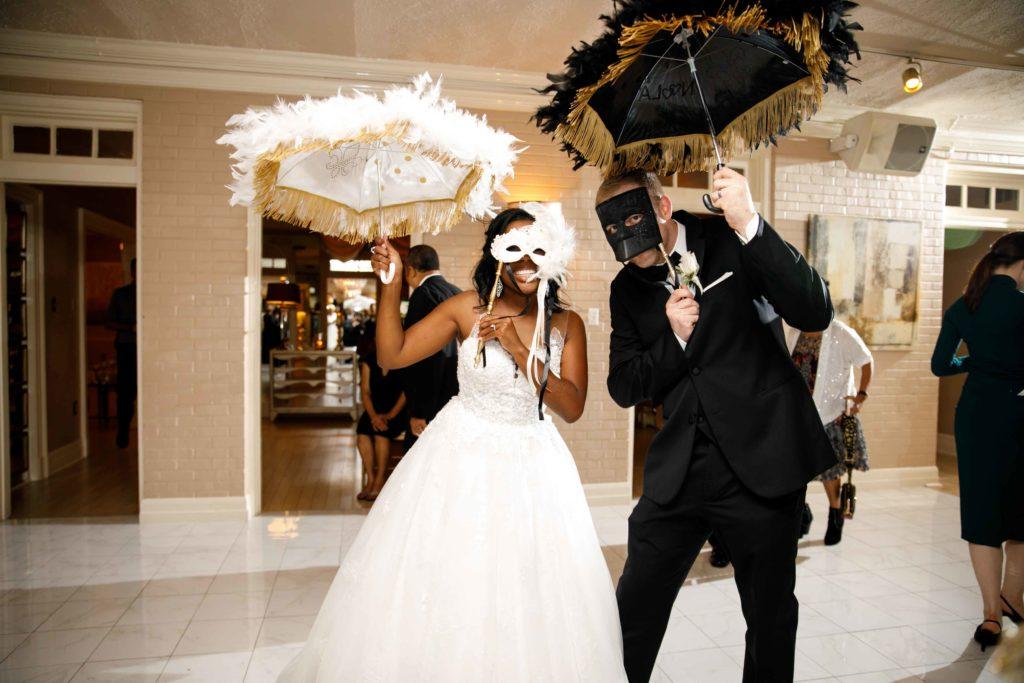