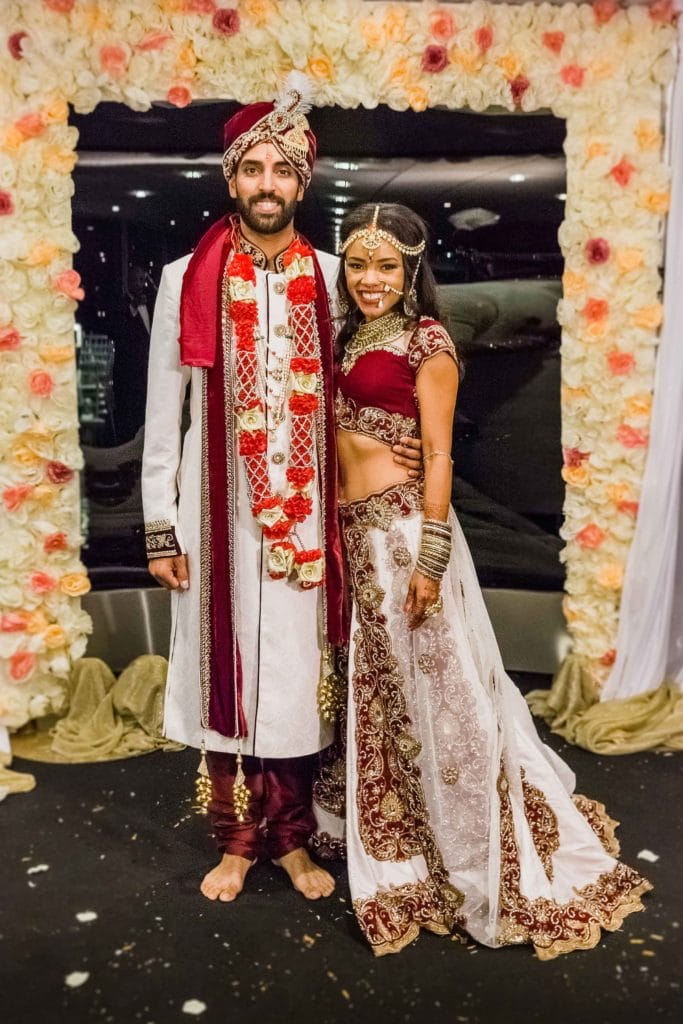 Joy thought she was attending a celebration for her uncle and cousin winning seats in the Louisiana Senate and House of Representatives, respectively, but so much more was in store that evening.

After thanking his family, her uncle asked everyone to go around and say what he or she was thankful for. To Joy’s shock, her uncle called on her boyfriend, Muneesh, first.

Joy’s shock turned into confusion when instead of nervously answering the question, he walked calmly to the center of the room and began speaking with confidence. Her confusion was quickly wiped away, however, when Muneesh reached into his pocket and took out a ring!

Joy would like to say she could tell you exactly what happened next but her happiness got the best of her.

“I blacked out!” Joy says. “I literally came back to consciousness with my hand shaking as he’s putting a ring on it. I was so excited that I jumped, hugged and kissed him before getting my ‘yes’ out. So, he says ‘Well? Is that a yes?’ And I shrieked “Oh, my gosh, yes.”

Surrounded by all their friends and family, including those Face Timing from California, Joy says she could not have asked for a better proposal because it was so perfectly her.

“I just needed to learn as much as I could about traditional Indian weddings,” Joy says. “And thanks to the glorious and elaborate colorfulness that Indian weddings are, my childhood vision of a multicolored wedding theme, fit so perfectly.”

Joy says that Terrance Osborne’s, her favorite artist, work and color palette inspired her wedding theme of bright colors against a white and gold base. Her bridesmaids wore Osborne’s signature colors and Joy chose the same colors for her bridesmaids’ saris for the Indian wedding to tie the two events together.

Combining their love and cultures, Joy and Muneesh were ready to begin their happily ever after.

“We were really so blessed to have so many special moments,” shares Joy.

Send this to a friend