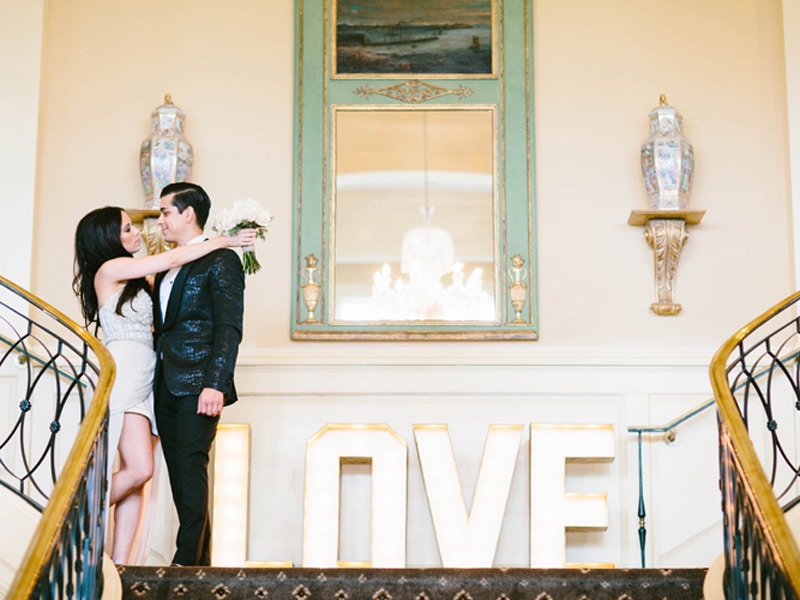 From page 108  in our Spring + Summer 2016 issue, Jewel + Philip had a beautiful wedding set at English Turn Golf & Country Club.

The charming couple, Jewel and Philip first met one another at the House of Blues in the heart of New Orleans. At the time, Philip was working for a band that had been touring the world. Fate definitely played a part in bringing these two together. “Basically, it was love at first sight,” says Jewel. The two would begin a two-year, long-distance relationship. Nothing could possibly keep this couple apart, not even distance! Eventually, Philip would decide to move to New Orleans in order to be closer to his most precious Jewel.

Once the time had come, Philip chose to propose on Jewel’s birthday. The day was full of romance, as the couple strolled down the streets of New Orleans shopping for her party that night. Jewel reminisces and mentions, “We walked right past the House of Blues, where we met.” But, there was certainly something different. On the sidewalk, written in chalk, read…  “Jewel, will you marry me?” Jewel comments, “It was, to say the least, the best birthday ever!” Jewel, of course, said… “Yes!”

The ceremony to begin Jewel and Philip’s happily ever after was held outdoors at English Turn in the beautiful month of October. The couple would celebrate their union with a reception in the English Turn Ballroom. The style of the celebration would reflect both of their modern, yet eclectic, personalities. Jewel says, “We wanted a very detailed vibe from our custom made gown and tuxedo, to our hand-made light up LOVE sign we used.”

Jewel walked down the aisle to the song “Young and Beautiful” by Lana del Ray, performed by a three-piece ensemble. Jewel says, “Ever since I heard this song, I envisioned myself walking down the aisle to it.” The couple chose “You Are The Best Thing” by Ray Lamontagne, for their first dance as newlyweds. They described the song as one of the many songs they often sing and dance to. “The words fit us so well,” says Jewel.

However, this perfect day was only the very beginning of many to come! The couple waltzed off as husband and wife to one of the most romantic honeymoon destinations imaginable… Paris, France! Prepare to obsess over all these newlyweds’ romantic details.