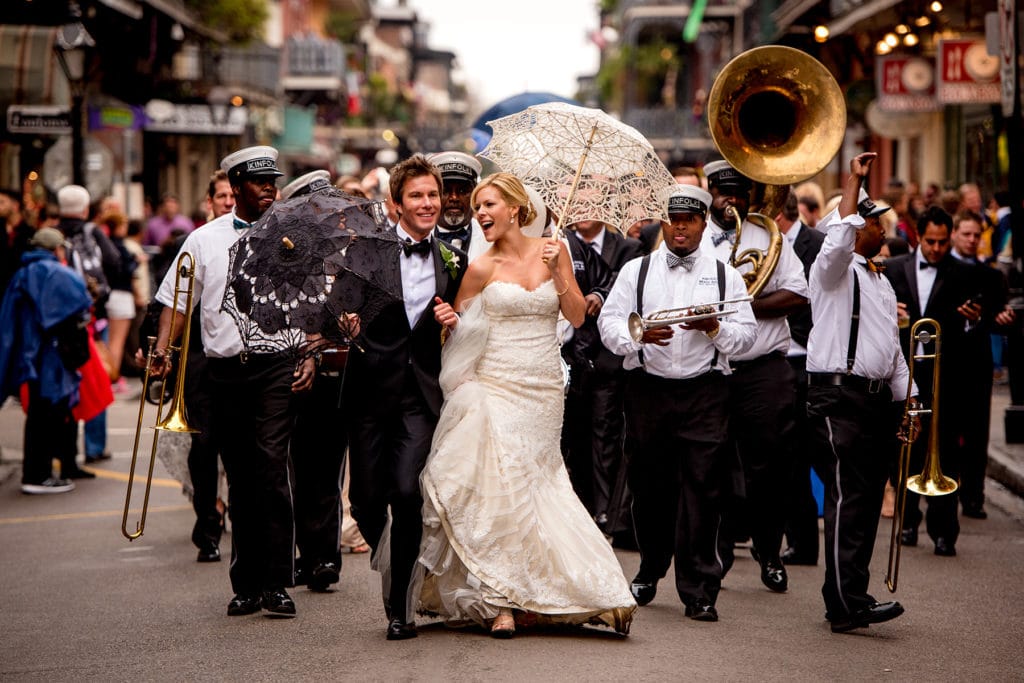 I Wanna Be “Bayou”

“You should meet my brother!” said a friend of one of Carrie’s coworkers at a party. Shrugging it off with a “sure,” the fleeting moment was soon forgotten. That is until the next year in which, once again Carrie’s coworker’s friend reminded her that she would like her to meet her brother. After a month of missed calls and phone tag, Carrie had a date with Jonathan.

When they finally met, it was love at first sight…at least it was for Jonathan. Carrie was a little hesitant to call it even ‘like’ after he arrived 10 minutes late and the restaurant he selected was closed for a private event.

However, Carrie was patient and curious to see how Jonathan would salvage the date. While at the end of the date Carrie was content but not happy enough for a second date, Jonathan knew he couldn’t let Carrie be the one that got away. After some prodding from some friends and a next day phone call from Jonathan, Carrie agreed to give him another chance. And thank the fates that she did! During the second date, they found their love connection.

Sharing a passion for their similar careers and love for sports, politics, 80’s music and travel, they became a couple, or as Carrie puts it: A couple of football fans who would cheer for Florida State in the National Championship game at the Rose Bowl in Pasadena (USC was on probation), a couple of travelers who went to Bali, Costa Rica and all over Mexico and Hawaii, a couple who worked out side by side three days a week and spent their weekends eating pizza together while binge watching “The Wire.”

After four blissful years together, Jonathan was ready to tie the knot. Planning to attend the scene of their first date for a couple of pre-dinner drinks, Jonathan, a screenwriter, hired an actor to prevent the couple from entering the restaurant unless they were “on the list” for a private event. When Jonathan asked who the event was for, Carrie was not expecting the host to say, “the future Mr. and Mrs. Jonathan Abrams” nor for Jonathan to drop to one knee with a ring in hand. Shocked and dazed, Carrie didn’t have any other answer but “Yes.”

Going back to Carrie’s roots, the couple planned a New Orleans destination wedding filled with traditions and laughter.

“When you love the city you’re from nearly as much as you love the person you’re marrying, you know you’re well on your way to the wedding of your dreams,” Carrie says.

Despite not being able to say she fell in love at first sight, there was no doubt of Carrie’s love when she said “I Do.”