It’ll be hard to find a wedding more quintessentially New Orleans than the September 2017 celebration that joined Brittany Barbier and Vincent Clark.

Full Catholic Mass at St. Louis Cathedral? Check. A cool beverage in a personalized Koozie as guests exited onto Jackson Square? Got it. A wedding program turned second line handkerchief for a joyous parade featuring the bride and groom and led by the Crescent City Soul Brass Band? Of course.

There’s even more, but we’ll get to that later.

Theirs was a love years in the making. They were 11 years old when they met at St. Rosalie Middle School. They were fast friends and stayed that way while attending different high schools and colleges. 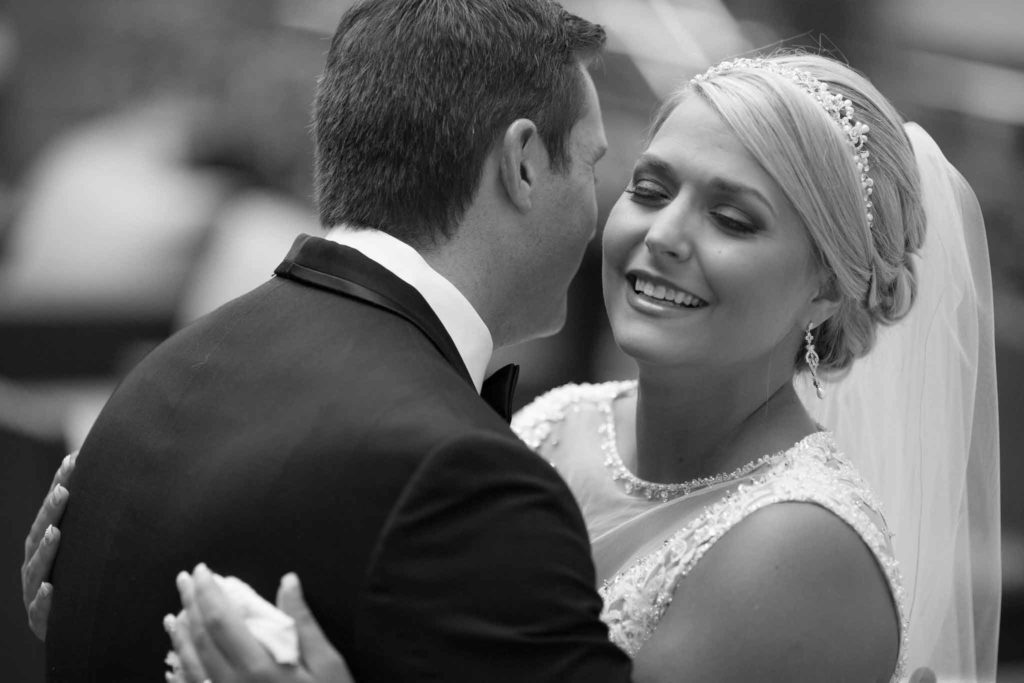 Distance never changed the foundation of our relationship, Brittany says. We always made time to talk and to see one another to maintain what was most important to us: our friendship.

But it was just that: A friendship. Although each had admitted to having romantic feelings for the other over the years, the timing was never right and there’d been some hurt feelings along the way.

Then, towards the end of their college years, Vinny asked Brittany to join him at a friend’s birthday party. She went, curious to see if this would be the night they took their relationship to another level. It was.

“We were both extremely nervous because we were such great friends and neither one of us wanted to lose our best friend,” Brittany says. “But we never looked back after that day!”

Five years later, the couple were living in Luling. On a seemingly routine and scheduled date night, Vinny suggested they drive by St. Rosalie, where they’d first met. He parked in front the church where they’d both once attended weekly services. He walked around to the passenger side of the car, opened the door and took Brittany’s hand. He pulled a ring from his pocket.

I was trembling as he bent down on one knee and asked if I would be his best friend for life, Brittany says. It was the most special and romantic way to be proposed to.

They married on Sept. 16, 2017, exactly six years after that fateful party when they’d moved beyond friendship. After the evening ceremony at St. Louis Cathedral, they and their 180 guests danced a second line to The Jaxson, located in the former Jackson Brewery Building. They shared traditional dishes – Eggplant napoleon, chicken and andouille gumbo, muffalettas – in that landmark setting.

“When I think back to the wedding, there is not one detail that I would change,” Brittany says. “I felt that our wedding perfectly described us as a couple and our love for each other.”