For Brandi Fortuné and Michael Bordenave, there’s always been something about the numbers 11-11. Whenever one of them sees that combination – be it on a clock, a license plate, a phone number or an address – he or she immediately wishes for happiness and success.

“Call it superstition, but it seems like we always see that number,” Brandi says.

It could be superstition, or it could be something greater at work. Because something kept throwing the two together over the years despite multiple false starts.

They first dated in high school. (She attended Xavier Prep, he graduated from McDonough 35.) Michael says he knew Brandi was extraordinary even then – “I believe in love at first sight” — but they parted ways to attend colleges in different states.

A few years later, both were pursuing music careers. They bumped into each other at an Atlanta hip-hop showcase. They picked up like they’d never been apart, made promises to keep in touch – and then didn’t.

There were other encounters and another three years passed. In 2008, they ran into each other at a New Orleans nightclub, but both were dating other people. Michael remembers telling his cousin that night that Brandi was the one who got away. 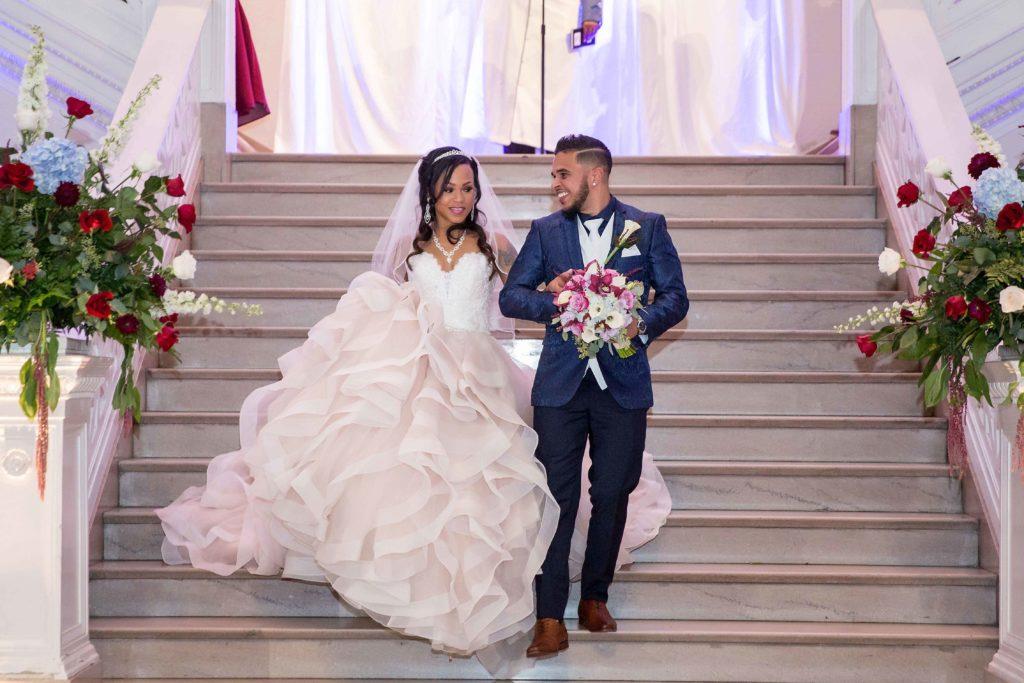 “Every so often it felt as it the universe would stop and bring us together,” Michael says.

Brandi did get away, for about seven more years. Then in November 2015, both were living and working in New Orleans. He asked her out on a date.

“She was honestly scared, but I was patient,” Michael says. “It was a whirlwind. We fell in love.”

On a Wednesday afternoon about a year later, Brandi went to Michael’s house.

“She looked stunningly beautiful in her sweatpants, t-shirt, and flip flops,” Michael remembers.

He asked. She accepted, confirming, he says, “what I had felt all along: that we were made for each other. From puppy love to distant friends to best friends then ultimately inseparable.” 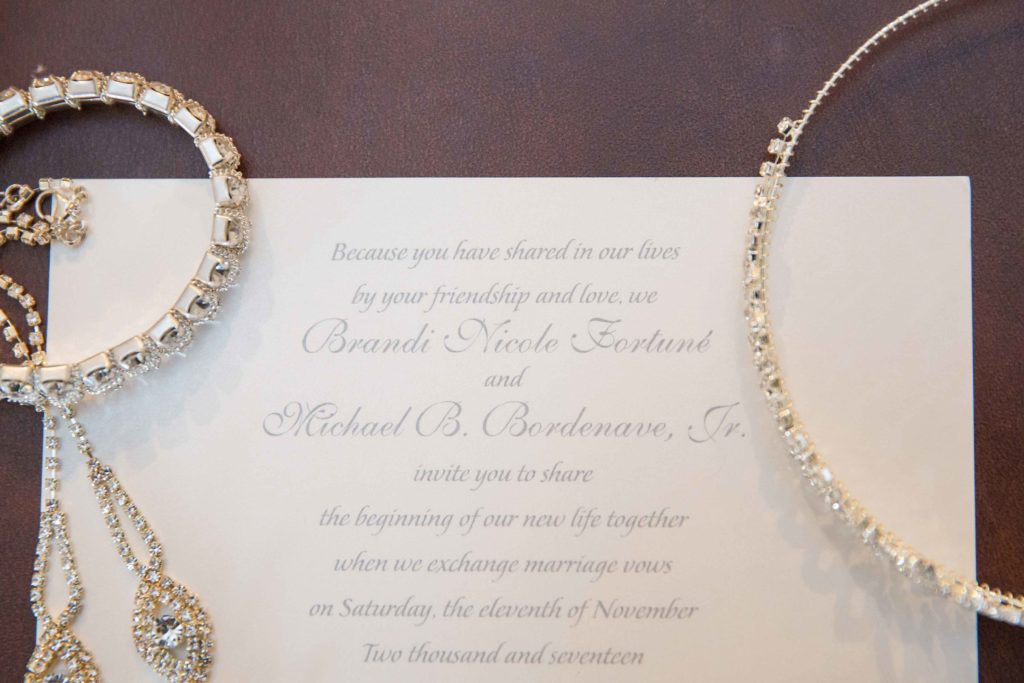 They married on November 11, 2017  — 11/11, of course – at the New Orleans Museum of Art, exchanging personalized vows in a ceremony space lit with purple, red and blue lights “to bring the night sky inside so we can be united under the heavens with God as our witness among family and friends,” Brandi says.

They looked heavenward again during the outdoor cocktail hour, when fireworks were launched in their honor.

During the reception, Brandi pulled out a guitar – a gift from Michael two years earlier – and played the couple’s favorite song, “Say You Won’t Let Go” by James Arthur. 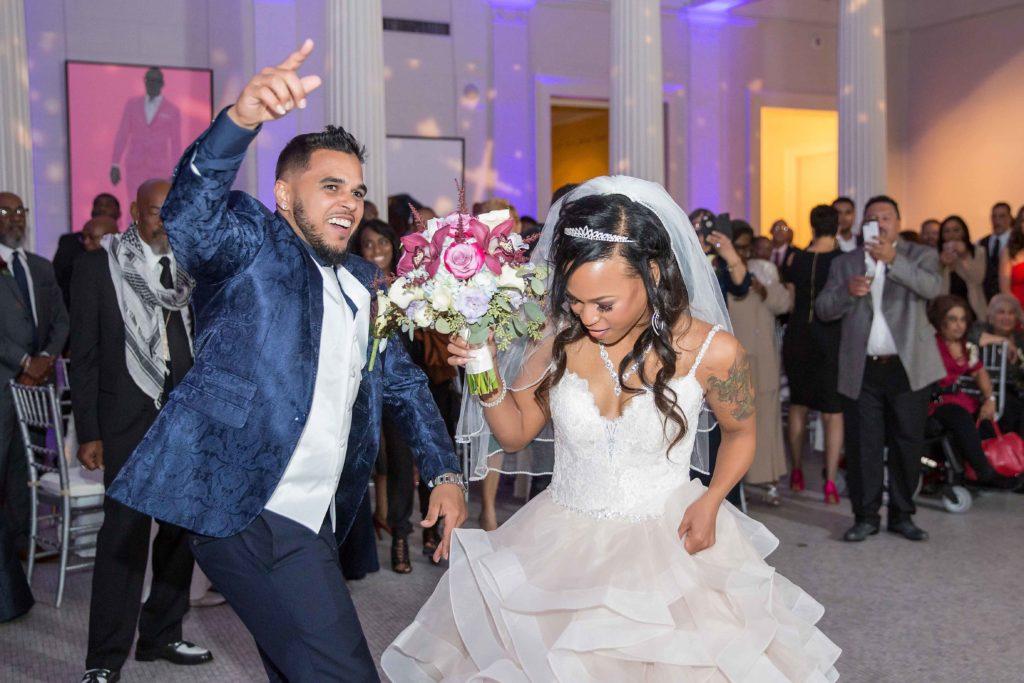 “We danced, we ate, we laughed, and cried tears of joy,” Brandi says. “That’s what you call a wedding and that’s how you start your fairy tale.”