Greta and Paula always knew their children would make a good couple. The problem was convincing Blair, Greta’s daughter, and Patrick, Paula’s son, that it was a good idea.

In June 2010, the stealthy matriarchs came up with a plan. The New Orleans Saints had won their first Super Bowl and one of Greta’s relatives, a Saints employee, planned to show off his championship ring at a party. Paula knew her son would come to the party just for that. Greta called her daughter that day and encouraged her to come over and to bring the child she was babysitting. 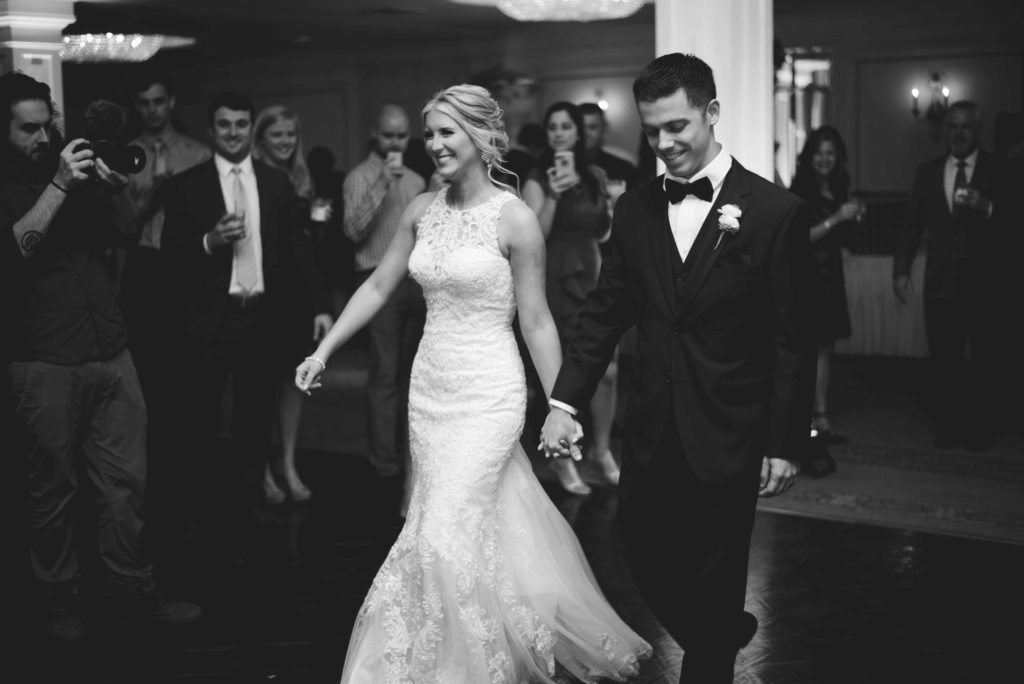 Like many other 19-year-olds, we were embarrassed that our moms did this. It was a very awkward first meeting,” Blair says. “We talked to each other for about five minutes and Patrick promised to ‘look out for me at LSU.’ We were both at LSU at the time.

Blair never thought he’d follow up, but he did. Soon, the two were inseparable.

Blair’s a huge fan of Mardi Gras, something Patrick knows well. The pair were watching the Krewe of Thoth parade on Feb. 7, 2016 when float #13, Winged Gods.” came to a dead stop. A voice over a loud speaker called Blair’s name and asked her to come into the middle of the street. Patrick held her hand and walked with her.

That moment, photographed and videotaped by friends and strangers, he took to one knee as cheers and confetti showered over them. Blair said, and nodded, yes. The pair kissed one, two, three, at least six times. The cheers continued.

About 300 guests were scheduled to attend the couple’s  October 7, 2017 ceremony at New Orleans’ St. Joseph Church and reception at Chateau Golf and Country Club in Kenner. Then another mother tried to get involved: Mother Nature.

Hurricane Nate, a category one storm, was whirling towards the city. On Friday, one day before the wedding, Mayor Mitch Landrieu announced a city curfew would begin Saturday at 7 p.m.

Coincidentally, Blair and Patrick’s wedding was scheduled to begin at 7 p.m.

The scramble began. Blair and a few bridesmaids, Patrick and some groomsmen and family members from both sides called every guest to announce the wedding time had been changed to 1 p.m., six hours earlier. Blair used social media to announce the adjustment, as did the Country Club. 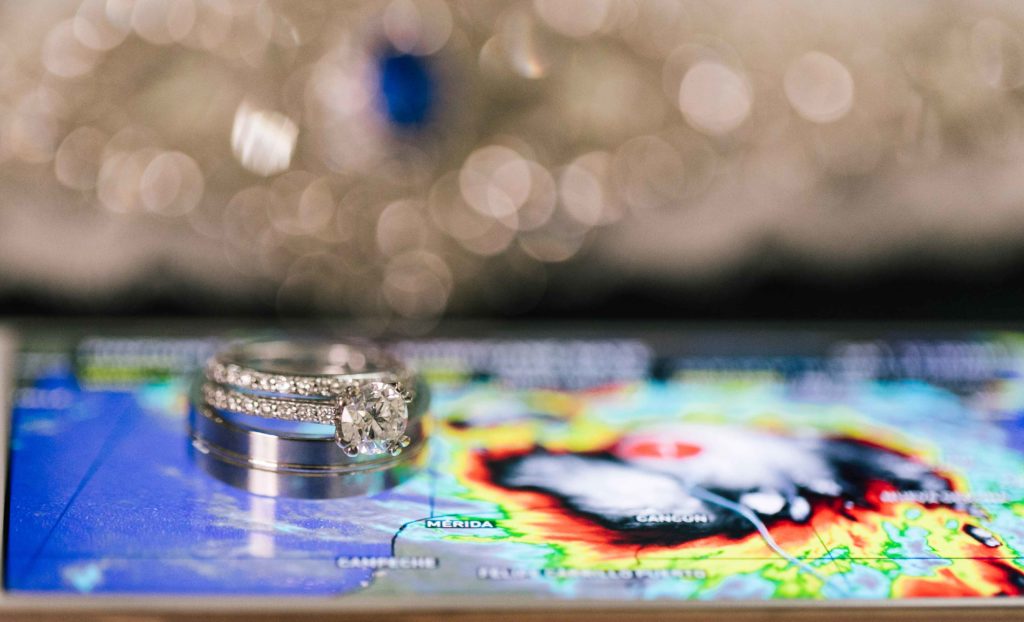 My family and friends really came through with helping spread the word about the time change,” Blair says. “I never thought I’d be using Facebook to announce the change in time to my wedding.

The next afternoon, as Blair and her father stepped out of a Rolls Royce to walk into the church, a gust of wind blew off her veil. (It was retrieved by the photographer.) The rain began to fall once the bridal party was inside the church.

The ceremony went off without a hitch. Of course, the rain had completely stopped by 7 p.m., the original wedding start time.

“Hurricane Nate may have tried to stop us, but nothing was going to hold me back from marrying my best friend,” Blair says. “Seeing his face as I walked down the aisle made me forget everything we’d been through.”