::AS SEEN IN THE AUGUST 2021 ISSUE OF NOW WEDDINGS MAGAZINE::

**Be sure to scroll to the end to see Cherie and Mark’s Wedding Video by Your Day Production!**

“Mark and I have a rather unique love story, not because we met online, but rather because what immediately connected us was that we both had recently finished chemotherapy for cancer.

I was only 2 weeks out from finishing chemo for Stage III breast cancer when I decided that it was time to focus on moving forward with life. I decided rather spur of the moment to join EHarmony, and Mark’s was literally the second profile that came up as a match.

Based on our questionnaire responses, we were almost 100% compatible in all key areas (interests, education, values, etc.) but what totally shocked me was when I saw a paragraph that Mark has recently added to his profile stating that he felt he needed to disclose that he had just completed chemotherapy and a stem cell transplant for multiple myeloma, a blood cancer.

It was hard to believe that at a relatively young age for cancer (I was 49 and Mark was 46 at diagnosis), I met someone so compatible who had also just battled cancer. We later learned that we had been diagnosed within a month of each other and were even at MD Anderson for some of the same time during the prior year, although we never met then.

I sent his profile to a friend that very first day I joined online dating and said, “I do not think this is just a coincidence!” Indeed, it was not. We truly feel as if God brought us together as proof that He can work all things for good for those who love and serve Him.

We both view life the same way as a result of battling cancer and know that each day is a gift, and to get to share that day with the love of your life is an even bigger blessing. We are both blessed to still be cancer-free three years later (Mark will be on oral chemo for the rest of his life to try and prevent its return), both of us now with heads full of hair and hearts full of love…lol! That was the inspiration for our #2Warriors1Love theme.” – Cherie “Our wedding celebration was extra special because we had to wait so long to celebrate our dream day with family and friends. We were originally scheduled to get married on 4/4/2020. We had dresses, tuxedos, RSVPs, and so many other plans in place when COVID caused the state to close down just 2 weeks before our wedding. Like so many others, we shed many tears and had to postpone the big wedding, but decided to still get married civilly on 4/4/2020 with just 2 witnesses outdoors at City Park…mostly because we knew the importance of not taking time for granted and knew we still wanted to be married then.

In a show of naïveté, we rescheduled our big ceremony and reception for 6/20/2020, thinking that COVID would surely be under control by then. We even had some items engraved with that new date. COVID clearly was not under control by then, so we booked another date of 9/25/2020.

As this date approached, the reality that COVID was going to be around for a while set in and we decided to move the wedding celebration again to 4/3/2021, our 1 year anniversary weekend. We used items engraved with all the various wedding dates we had planned, as it seemed fitting to remember what it took to finally get to our wedding celebration.“ the walk down the aisle

“My favorite part of that day was being escorted down the aisle by each of my 4 sons. My sweet daddy passed away while I was going through my cancer treatment and my boys had been my rock through it all. I could not imagine picking just one of them for that moment.

There is a long, beautiful walkway between the Mule Barn where you line up and the beautiful oak tree where we had the ceremony, so I was able to have each of my sons walk me down part of the aisle. Like in life, I started with my oldest son and then had my second son join us on my other arm as we proceeded down the aisle. Once we reached my third and fourth sons, my older boys stepped behind us, so that by the time I reached Mark, I had all 4 of my sons with me. There simply are not enough words to express the joy in my heart at literally being surrounded by the 5 men I love most in this world.” a day of joy

“There was so much joy on our wedding day. After a year of being apart, most of our guests were able to be vaccinated prior to the wedding and we were able to see each other for the first time in a year. It was the perfect ending to a very difficult year of isolation for so many. I was also simply blown away by the natural beauty of the outdoor setting, plus the amazing sunset and beautiful lighting. It was truly magical and felt like a fairytale.” 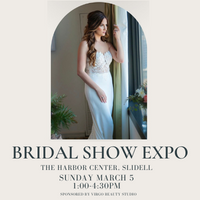