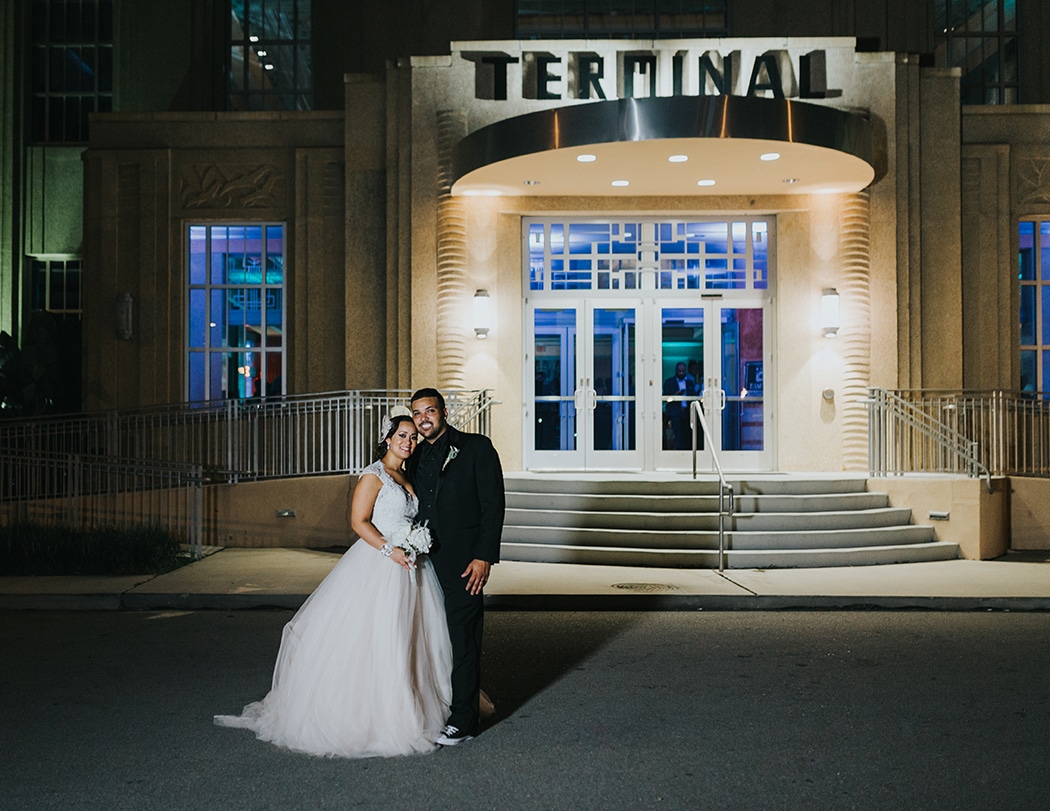 They weren’t quite childhood sweethearts, but they had a friendship that survived being separated in middle and high school and relocated after Hurricane Katrina. It wasn’t until Bruce asked Brianna to prom that they officially started dating.

So as high school sweethearts, their love grew stronger as they went through college and started their careers. Nine years after dating, Bruce proposed to Brianna in San Diego.

“After nearly nine years dating, I was still just as shocked and surprised as ever to begin wedding planning with my best friend, and man of my dreams,” Brianna says.

Brianna planned the first day of her happily ever after to perfection. A family friend loaned his home so she could get ready in a stress free environment.

“It was the perfect New Orleans home to relax and prepare for the day without feeling like we were confined to a hotel room,” Brianna says. “Dwayne opened his home to us in true New Orleans fashion, and getting dressed there was an experience I will never forget.”

For Bruce, a DJ who has entertained at numerous weddings, his main concern was making sure the couple had the right entertainment for their special day. Luckily, DJ Spin, someone Bruce has worked with on multiple occasions, and Wild Wayne of Q93, a family friend, were able to meet his high expectations.

While all the plans were coming along smoothly, there was a bit of contention about having a first look. Bruce wanted to keep it traditional by not seeing Brianna until she walked down the aisle. Brianna wanted to take first look photos. As a compromise, they took first look photos without actually seeing each other.

“We stood on opposite sides of a huge wooden door, Bruce handed me two bouquets of roses, and we exchanged love notes all without seeing each other,” Brianna says.

Spending nearly their whole lives with each other, Brianna and Bruce were thrilled to tie themselves to each other forever officially.

“As we held hands and prepared to say ‘I do,’ it was a perfect moment shared between the two of us and definitely a highlight of my day,” Brianna says. “Finally saying ‘I do’ and becoming a wife and Bruce a husband felt like a long time coming, but it was all worth the wait.”

See Bruce and Brianna’s video by Silver Loop Studios below and click through the gallery to see their wedding photos by Calvin Gavion.

Bruce and Brianna Before the Vows from Silver Loop Studios on Vimeo.