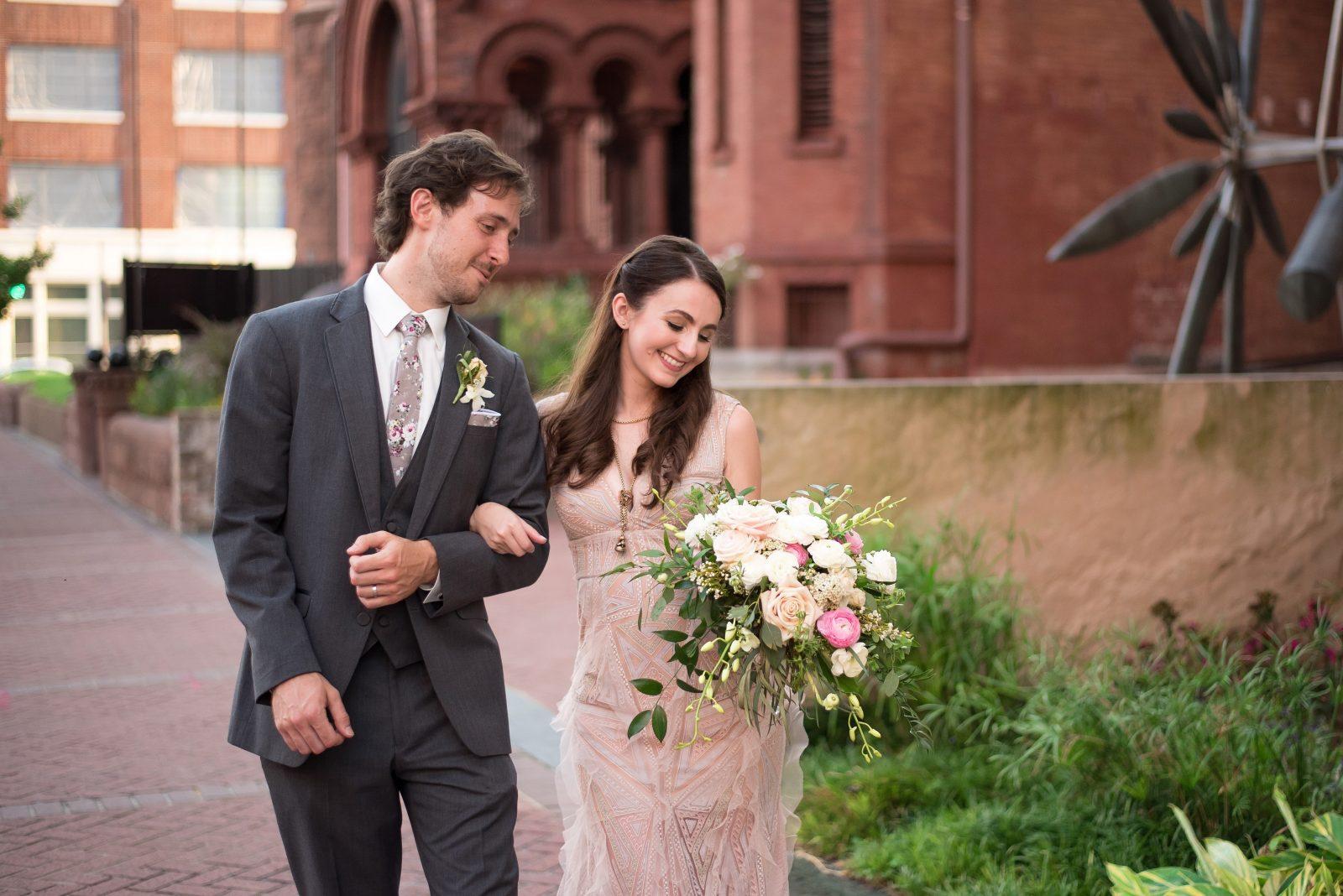 Zachary Chizmar always liked to create puns based on girlfriend Madeline Fortino’s name. It wasn’t Mardi Gras. It was “Maddie Gras.” He joked that he wouldn’t get “married.” He’d get “maddied.”

So Madeline shouldn’t have been that surprised when, after a romantic Valentine’s Day dinner in 2017, a chocolate dessert arrived with a message frosted on top, “Will you Maddie me?”

“I was crying and laughing,” Madeline says. “I couldn’t believe he remembered the joke.”

The Gretna native had met the South Florida transplant on a blind date three years earlier. Madeline was working for a start-up company focused on cloud-based payments. Zachary, a Tulane graduate, had just begun his first year of studies at the university’s medical school. Zachary picked her up at her Gentilly apartment and drove them Uptown for dinner.

“I thought he was so handsome, I had to stop myself from staring at him the whole ride over to the restaurant,” Madeline says. “We hit it off immediately.”

The couple found they had a shared love for New Orleans food and music and even similar preferences when it came to wine. They began dating and, while medical school can be all consuming, they focused on weekend fun: brunches, concerts, festivals.

“We made it work,” Madeline says. “During really busy weeks we would spend time in a coffee shop together so he could study and I could work.”

In 2016, Zachary and Madeline moved to a Mid-City apartment together. Then they made an even deeper commitment to each other  — by adopting a Corgi puppy they named Scout.

About two years later, on June 1, Scout tottled down the aisle at the Ogden Museum of Southern Art, as Madeline and Zachary’s proud “flower girl/dog.”

“She was so cute,” Madeline says. “Our dog being there was definitely a fan favorite.”

Still, it’s safe to say the bride, who entered to the Beatles’ “Blackbird,” stole the show. She and Zachary exchanged personalized wedding vows.

“We kept them sweet and funny because I knew I was bound to cry if they were too emotional,” Madeline says. “I cried anyway!”

During the celebration that followed, the pair grooved to Ray Charles’ “I Got A Woman” while doing whiskey shots with guests during the traditional “money dance;” the best man ended years of debate by finally admitting he’d stolen a Reuben sandwich from the groom in 2013; and Scout appeared in the personalized cake pulls created by the bride’s mother.

“It was amazing,” Madeline says.

Send this to a friend