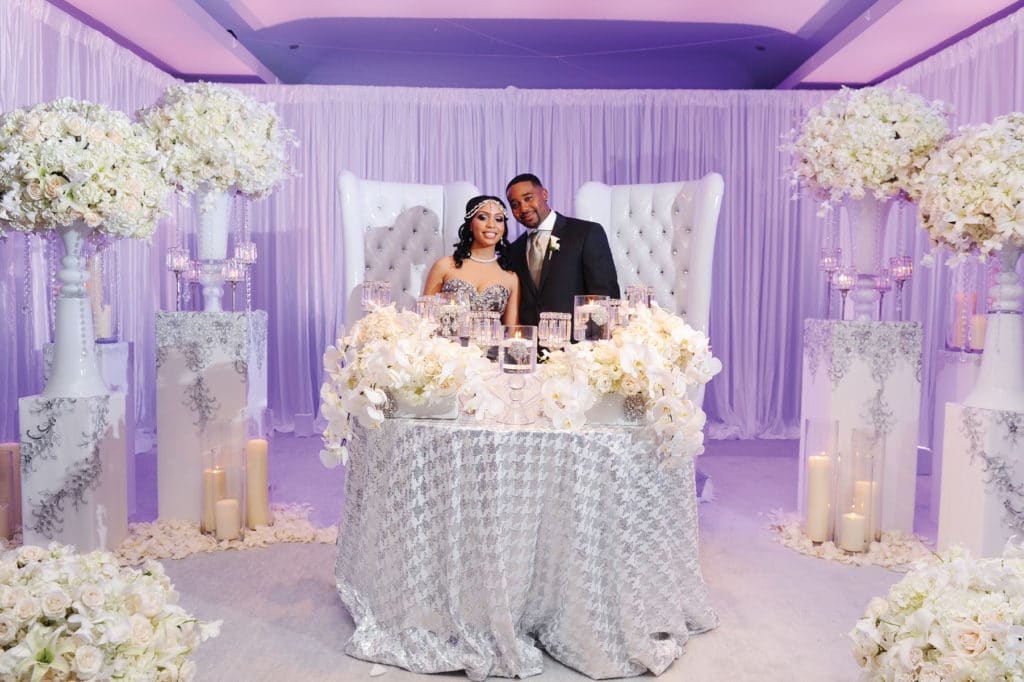 Although Kendra and Alvin attended the same high school and knew of each other, they officially met on Facebook years later.  Kendra says, “Social media definitely has its perks.”  As the two got together, the rest is history.

Kendra says, “Alvin had me plan a Christmas party, while unknowingly [I was] planning our engagement party…everyone knew except me.”  Halfway through the party, Alvin had his nieces spread rose petals all over the floor.  There was a mime dancing to John Legend’s “You and I” and then “Marry Me” by R. Kelly.  Our kids brought the ring and Alvin got on one knee and proposed.  Kendra said, “Yes.”

There would be no particular wedding theme. Kendra says, “I just know I wanted it to be beautiful, with many flowers.” The decor would be mostly white, since Kendra’s dress would not be white.

Kendra and Alvin brought a little New Orleans flavor to downtown Baton Rouge with a Mardi Gras Indian and Second Line band, leading them from the ceremony to the reception.  Kendra says, “Our kids rode with us in a horse and carriage, while our wedding party and guests followed behind.  That was the highlight of our day!”

The guests were in awe as they saw the beautiful reception décor including a suspended cake. The couple also had an artist capture the reception on canvas as they enjoyed their party.

Everything about Kendra and Alvin’s wedding was elegant and impeccable.  Kendra says, “The entire day was perfect and this was a memorable event Alvin and I will cherish for a lifetime.”