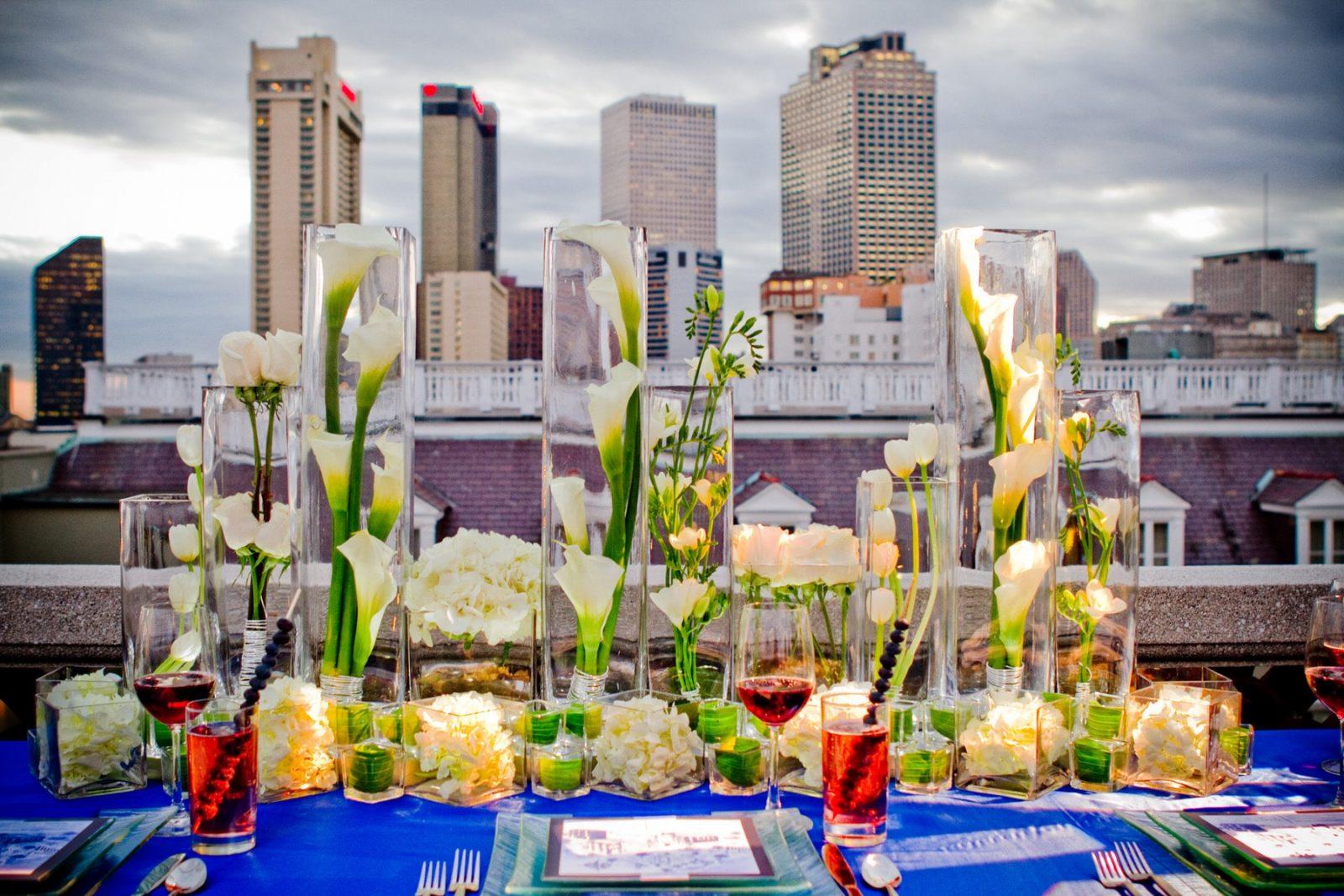 This editorial was one of a ten part series of “globetrotting decor”. New Orleans is such a melting pot of cultures so we wanted to show that you could achieve any look you desired here. This particular editorial was inspired by New York City.

“When I designed the Big City shoot, I wanted to show the modern bride that she can have a contemporary wedding in a gorgeous, glamorous, and understated way! My design was most significantly influenced by the linear construction of a city skyline and the bright lights of the big city! I used the clean look of the square vases to mimic the city scape and bring height to the table! I also chose a sapphire blue color to add that pop of color and make the statement in a regal, yet modern way! My main goal of the design was to utilize lighting in a unique and interesting fashion, which is why I chose to feature the gobo on the top of the table! I also incorporated the use of LED lighting underneath the vases to create a glow shooting up the flowers! There’s no big city without endless amounts of bright, twinkly lights! I brought in the map of the city (and map of the wedding events) in the menu that lies on the place setting! Another key element of the place settings are the his & hers signature drinks- a way to feature the couple’s personality while you cheers to them and the rest of their happy marriage! So brides, I encourage you to be modern, chic and original, but most importantly, BE YOU!” – Elyse Jennings, Elyse Jennings Weddings