An architect by trade, Emily Castro was thrilled to learn her favorite historic home – Race & Religious – needed renovation. On the day she was to meet clients at the site, she excitedly reminded boyfriend Jesse Edmondson of the appointment.

His response? “A quick and simple ‘Cool’ as he ran out the door,” Emily says.

At the property that afternoon, a group of girls met Emily and offered her a tour before the meeting. That’s when she saw Jesse, wearing a suit and tie, waiting for her.

Had he been hired to work on the property too? (He’s a landscape architect.) Why hadn’t he mentioned it? And why was he so well-dressed?

“He looked really nice, too nice to be on a landscape appointment!”  Emily says.

Then Jesse dropped to one knee. 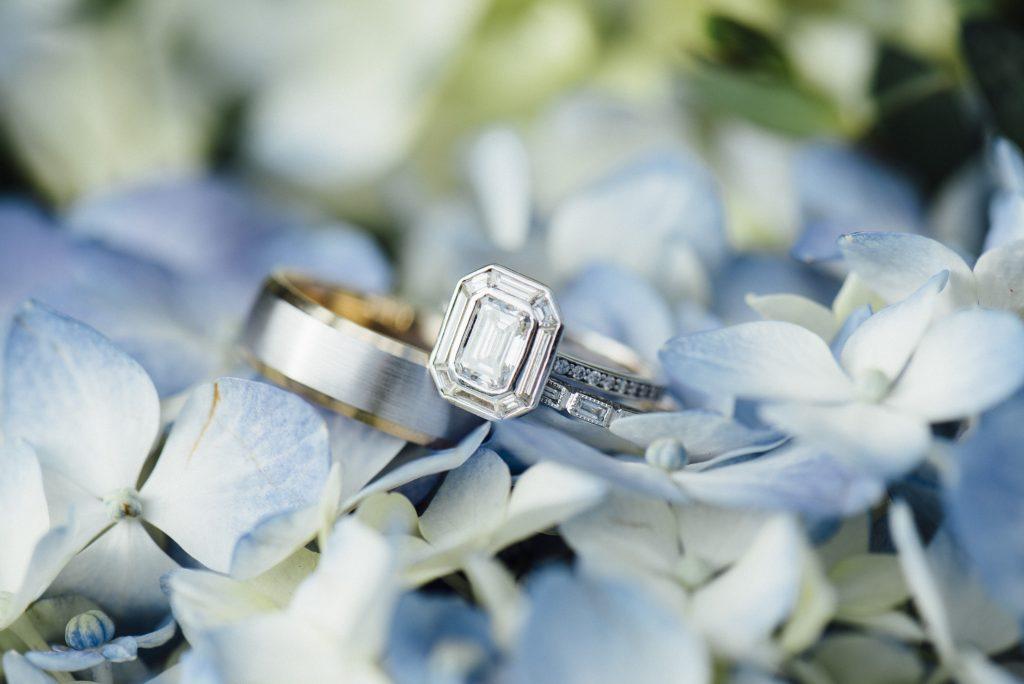 “It was totally unexpected, especially because it was the middle of the day during Jesse’s busiest season and two days before my birthday,” Emily says. “It will forever be the one appointment I will never forget.”

On May 13, 2017, Emily and Jesse stood before 200 guests at St. Louis Cathedral. In a nod to Emily’s Honduran roots, the couple added two Hispanic traditions to their ceremony.

After exchanging vows, Jesse handed Emily 13 gold coins (Arras), symbolizing his pledge to support her. Emily then returned the coins to Jesse, showing acceptance of his support.

Before the nuptial blessing, a large rosary known as “the Lasso” was placed around Emily and Jesse to symbolize their unity.

“It was very special to incorporate traditions from my culture into our wedding,” Emily says.

A Second Line through the French Quarter took guests to The Jaxson, the couple’s reception site. There, Jesse’s sister played a video featuring Bills’ players congratulating the newlyweds.

“If anyone knows Jesse, the first thing they’ll tell you about is his love for the Bills. Jesse was in complete disbelief as he watched the video,” Emily says. “Our wedding day played out better than we could have ever imagined. It really was the best days of our lives.”

The best day of their lives, that is, until the Buffalo Bills finally win a Super Bowl.