Elisabeth Grohman remembers when and where she first saw Luke Grohman, the man who would become her husband. It was May of 2013 at Lager’s International Ale House. Elisabeth, a Chicago native, went to the sports-friendly bar in the hopes of seeing her beloved Blackhawks play in the Stanley Cup playoffs. When she asked the bartender if he could put the game on, he gestured to a man sitting at the other end of the bar. There was one TV with the game on… apparently “to satisfy that guy.” 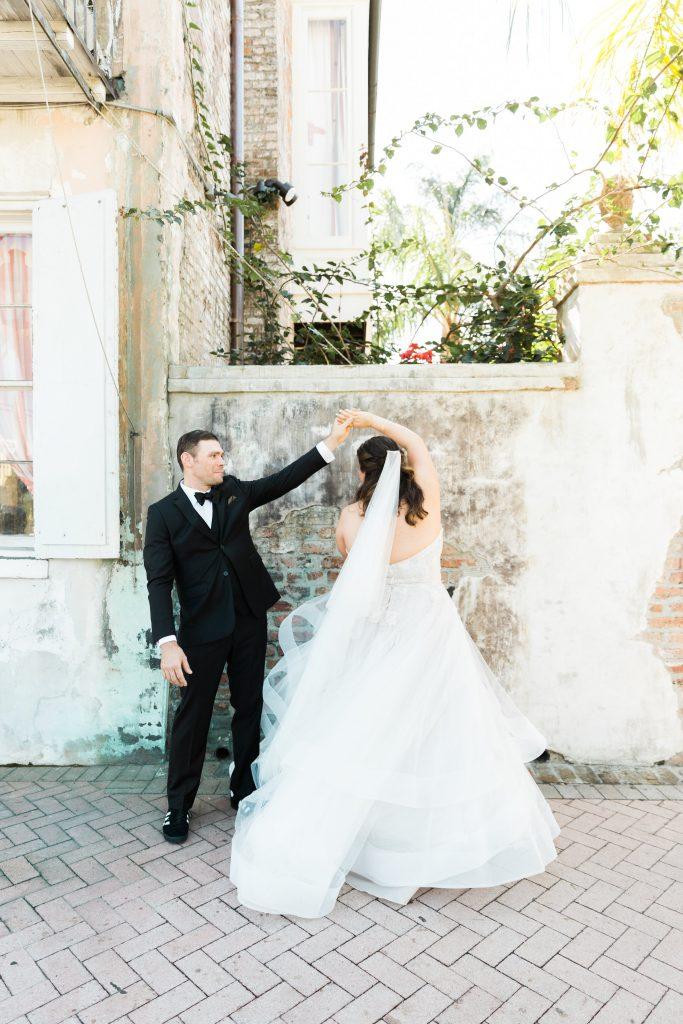 Elisabeth looked at the man. Another hockey fan in never-remotely-freezing southeastern Louisiana? Cute, she thought. Then she saw he was wearing a Detroit Red Wings jersey.

“I thought, ‘Well, that stinks. Why can’t he have a Blackhawks jersey on?’” Elisabeth, a teacher, recalls.

But she really wanted to watch that game, so she sat down.  The smack talk started immediately. They also found they shared a love of beer, sports and ‘90s grunge music. Luke, a construction manager, had moved to New Orleans from northern Michigan.

Despite their common interests, when Luke suggested they watch the series together, Elisabeth hesitated. He’d also told her he enjoyed sport hunting, something the city girl found unseemly. She asked her roommates what they thought. Absolutely not, they said.

Still, she returned to Lager’s for the next game and the five after that. Two years later on his own birthday, Luke offered Elisabeth his grandmother’s ring which he’d kept hidden for months in the gun case he knew she’d never open.

“He said he wanted the best birthday gift for the rest of his life,” Elisabeth says.

They married on November 17, 2017 at St. Louis Cathedral with a reception at Race & Religious. Since most guests were out-of-towners, the couple wanted to provide “the full New Orleans experience.” That began before the wedding with a fire truck ride through the French Quarter with throws to be, well, thrown. Luke’s father, instead, put on a pair of bedazzled and feathered shades Elisabeth, a Krewe of Iris member, had provided.

“That was my favorite part. He looked like Elton John,” Elisabeth says. “He said, ‘Why would I throw away a pair of sunglasses?’”

The reception included a second line, king cake and traditional NOLA music. (A cake topper of a bride and groom wearing hockey jerseys was nixed by their planner.) Among the joyful guests were Elisabeth’s former roommates.

“They said, ‘It’s a good thing you didn’t listen to us,’” she recalls.