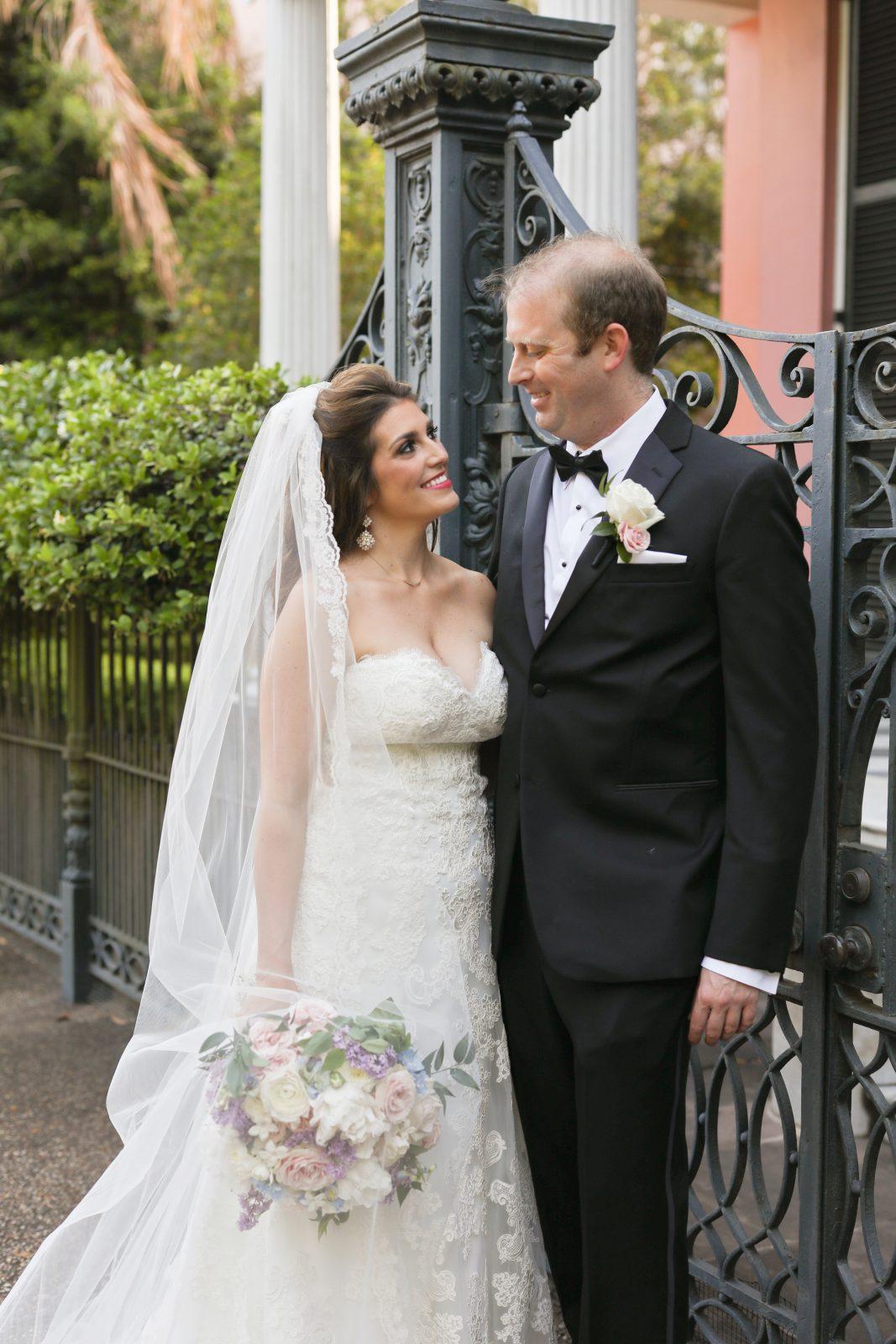 Aubrie George and Clayton Harris went from “Nice to meet you” to “I love you” within a month.

“The horrible cliche of ‘When you know, you know’ is true.” Aubrie says. “The ‘I love yous’ were pretty easy. I had been feeling it but thought I might be crazy because it was so quick. When he said it first, it burst out of my mouth.”

But first dates first. The pair had mutual friends and in July 2016, Clayton reached out to Aubrie on Facebook and asked her to go out with him. It was the night after her mid-week birthday celebration and Aubrie remembers wanting to cancel the meeting because she wasn’t feeling well and “the last thing I wanted to do was go on a first date … I decided to push through it and go but I was only going to stay for ONE drink.”

One drink turned into three – and a second date. And so on and so on. During their 18-month courtship, Aubrie and Clayton introduced their families, which included Clayton’s two children, Brady, 9, and Amelia, 4, and Aubrie’s nephew, Thomas, age 7.

On Thanksgiving Eve 2017, the couple drove to Aubrie’s aunt’s house in Baton Rouge. They got a late start – Aubrie didn’t see any reason to rush – and she noticed that Clayton seemed odd.

“He seemed antsy and ready to go and I didn’t know why,” she says.

“Once we got there, it was beautifully decorated for the holidays and there were twinkle lights all over their pier leading out on to the lake. He took me to the end of the pier and, surrounded by the lights, got down on one knee and asked me to marry him.”

When they returned to the house, their families were waiting with glasses of Champagne.

“I was the only one that didn’t know it was happening,” Aubrie says.

On April 28th, more than 250 guests watched Aubrie and Clayton marry at Il Mercato on Magazine Street. Aubrie had been a bridesmaid or maid of honor for 18 different friends before that day so reciprocating wasn’t an option.

Instead, Aubrie’s sister stood as her witness and 10 of her friends’ daughters served as flower girls. Amelia, as head flower girl, wore a pink ribbon in her hair. Brady and Thomas shared ring bearer duties.

All in all, Aubrie says, the day was perfect.

“Falling in love and marrying him was the easiest thing I’ve ever done,” she says.