On the same day as an annual event known for its humor and irreverence – Krewe du Vieux Saturday — Amanda Klevorn and Dan Chiorean married in a ceremony that was humorous and irreverent. 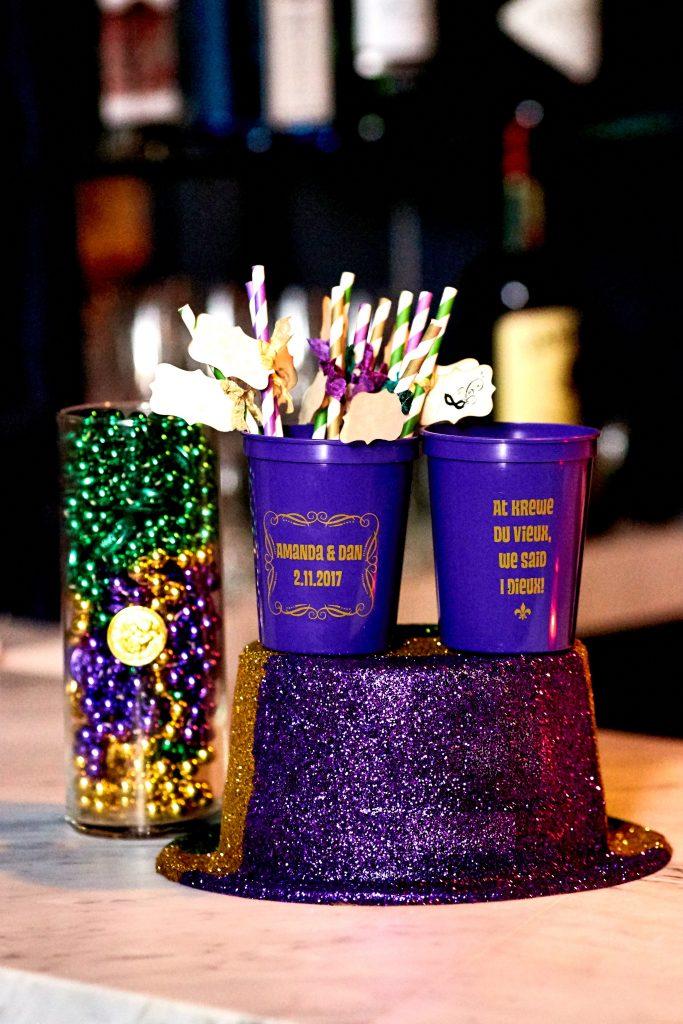 “We thought it would be fun to expose our family and friends to the most Mardi Gras parade there is, the only one that actually comes with a warning in the description that it’s not family-friendly,” Dan says. 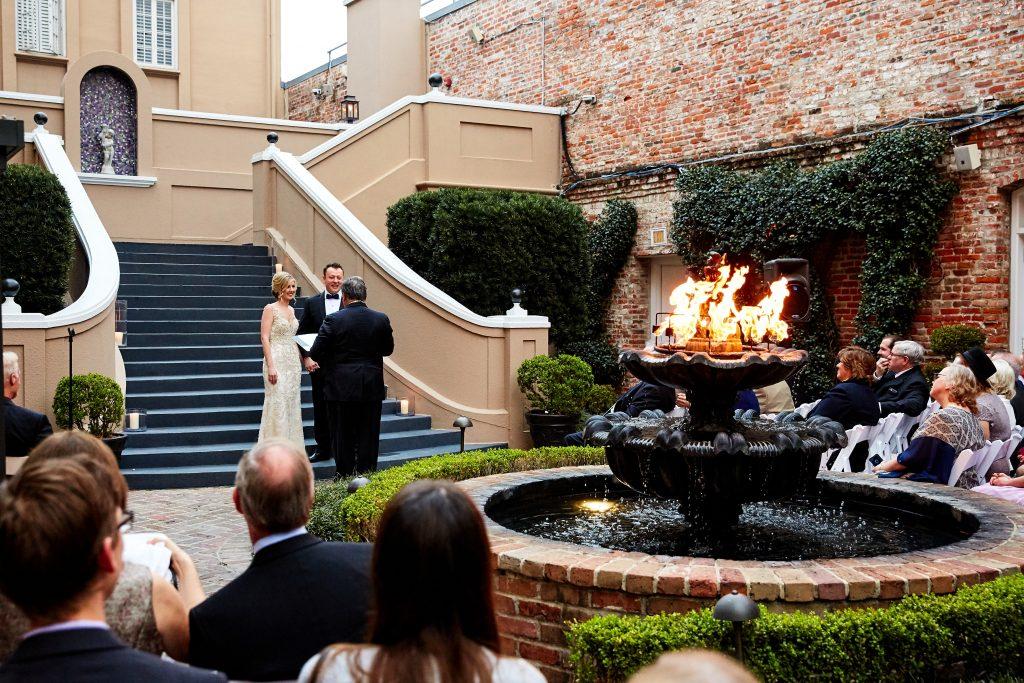 And so, on February 11, 2017, before 120 guests in the courtyard of the W French Quarter Hotel, Dan swore to accept Amanda’s love of the St. Louis Cardinals, no matter how obnoxious she became; to willingly search the attic for an obscure book she suddenly decided she MUST HAVE (emphasis Amanda’s); and to overlook her unusual love of eating spaghetti and beans, sometimes multiple times a week.

Amanda vowed to keep Dan supplied with Nutella and jam; to cheer on his beloved University of Michigan Wolverines; and to welcome at least 50 more rescue dogs into their home. (The latter promise was met with approval from Dex, the couple’s boxer, who served as their ring bearer.)

Then, because these two transplants met at Tulane University Law School, they sealed the deal with a promise that sounded sufficiently lawyer-like: Do each of you vow that there will be no alternative facts to mar or mitigate these vows?

“The vows were meant to be a reflection of who we are and our relationship,” Dan says. “We thought they were just kinda fun, but our family and friends were roaring with laughter.”

The wedding was the culmination of a romance that had begun years earlier on Tulane’s Louisiana State Bar Association moot court trial team. Dan, in his third year of law school, was the coach. Amanda, in her second year, was a team member.

His first impression of her? She held her arms awkwardly, like a T-Rex, while presenting a closing argument. (Amanda disputes this description of her arms.)

Her first impression of him? He paid more attention to his computer than to the team. “But I also thought he was cute,” Amanda says. (Dan does not dispute that description of his appearance.)

After the ceremony, the couple and their guests second lined through Jackson Square to their Decatur Street reception venue, B.B. King’s Club. The out-of-towners “enjoyed dancing and reveling in the streets,” Dan says. 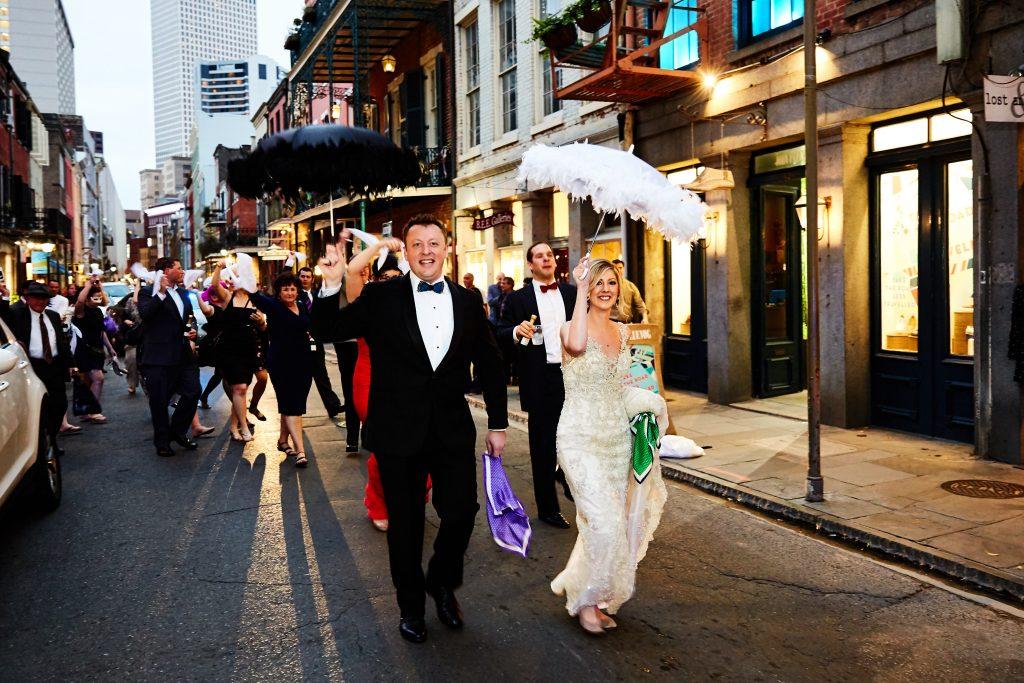 From the club’s second floor balcony, they watched Krewe du Vieux pass. Among the items tossed to the marchers: Amanda’s bouquet, which was caught by a woman wearing a unicorn costume. They later learned, thanks to the magic of mutual friends and social media, that the unicorn was engaged to be married a month later.

“It was definitely one of my favorite moments at the wedding,” Amanda says. 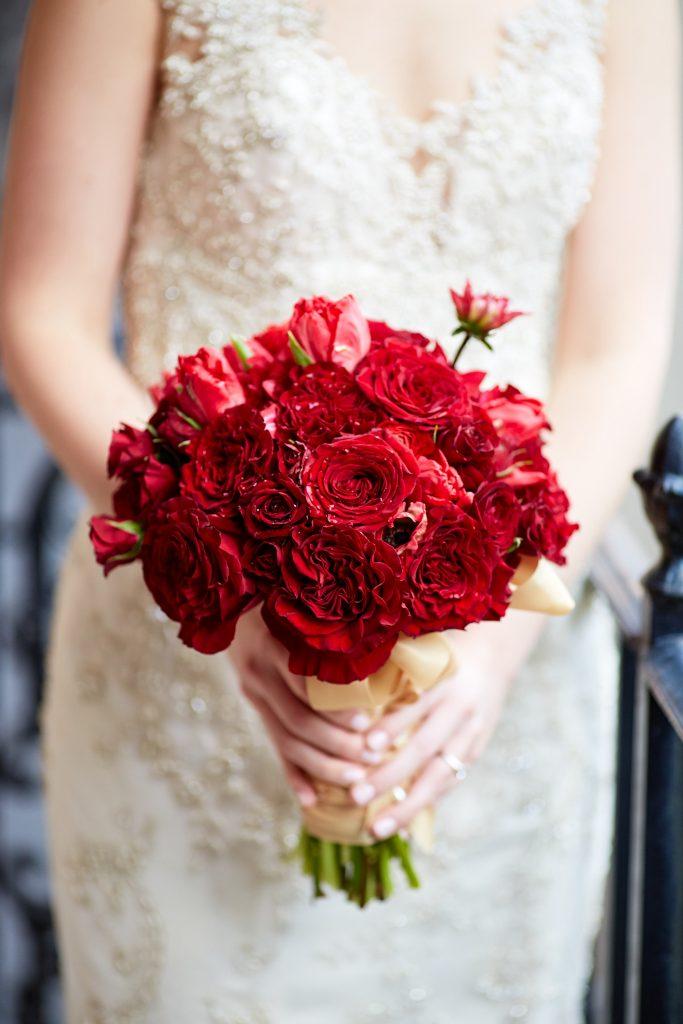 Dan agrees, “It was one of the coolest things that happened. We’re forever connected because of that moment.”