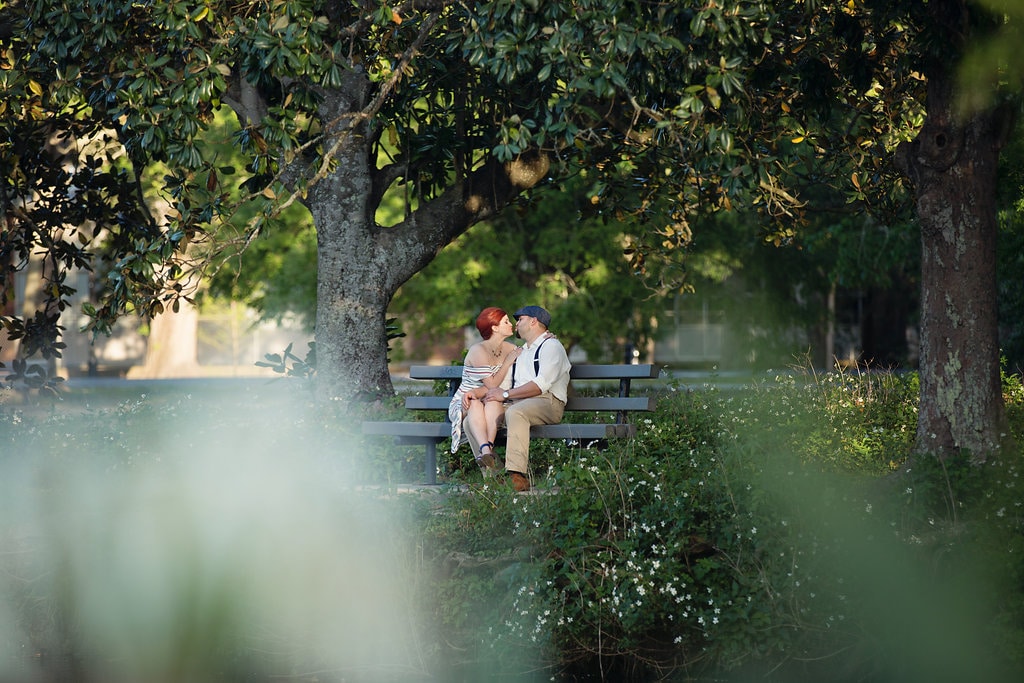 With a new year fast approaching, falling in love was probably the last thing on their resolution list. Yet when Shane and Victoria were introduced to each other through mutual friends, the spark of attraction was instantaneous.

“We met, we went on a date and then we fell in love,” Victoria said.

As their love grew, so did Victoria’s hopes for a proposal from the man she could see spending her life with.

What she didn’t know was that Shane was planning to use her upcoming birthday as the perfect moment to propose. From brunch at Court of Two Sisters to shopping at her favorite French Quarter boutique, Goorin Bros, the pair ended the night by attempting to take pictures in front of the St. Louis Cathedral.

“I kept trying to wrap my arm around him for the picture and he kept pushing my arm away. Little did I know he had a ring in his pocket and he didn’t want me to feel the box,” Victoria said.

Building courage, Shane dropped to one knee after telling Victoria that he couldn’t imagine living a life with out his “Babooskee” in it.

With a joyous yes, Shane slid on a beautiful ring that had significant meaning to Victoria. The ring included a sapphire, her late father’s birth stone.

“I was very close to my father, and I felt that was his way of letting me know he had a hand in everything.”

With another stage of their relationship completed, Victoria and Shane can look forward to the next adventure, their wedding day.